Three Cities are medieval fortified cities across Valletta’s harbour. They are Vittoriosa, Cospiciua and Senglea.

The cities are interconnected and intertwined. And it’s hard to say where one city begins and where the other ends! Actually, they are similar to Valletta but more peaceful and with less traffic.

You can read more about the stunning city of Valletta here.
But know, let’s go for a walk around the alleyways, stone buildings, churches, colourful balconies, and along the Grand Harbour. 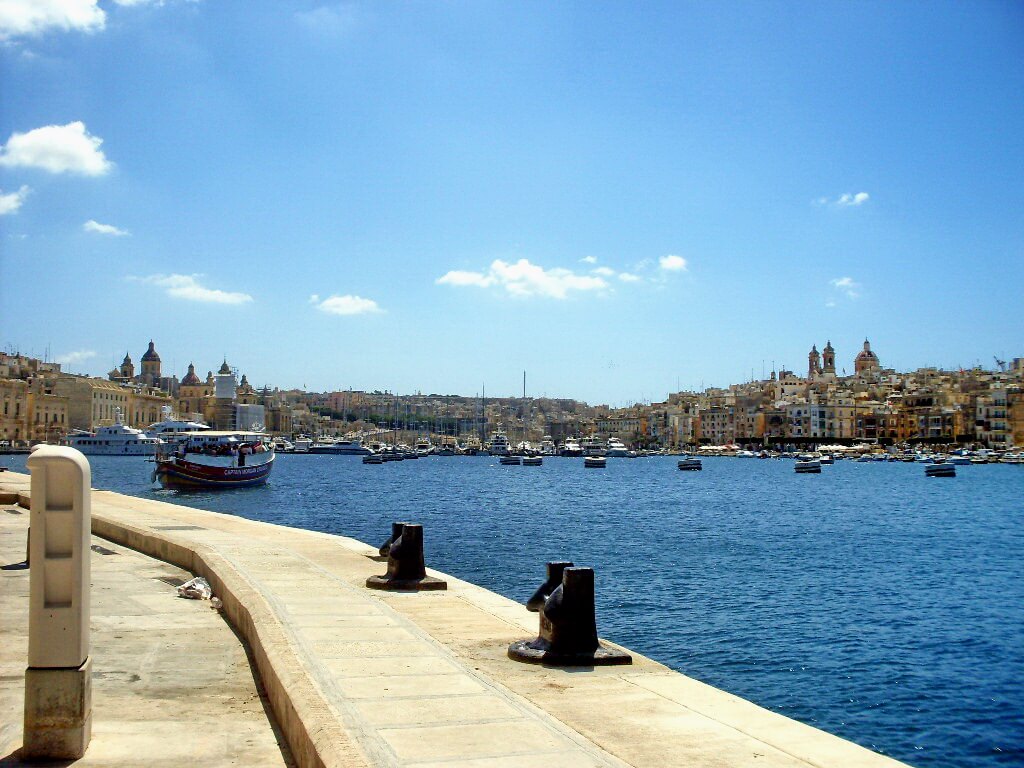 How to get to the Three Cities

The ferry is the fastest way to come to Three Cities from Sliema and Valletta. One way ticket for adults is 1,50 euro, and the return ticket is 2,80 euro. Check the ferry schedule here.

Also, you can catch a bus from Valletta to Cospicua or Senglea, as we did. Check the bus timetable here. Driving in Malta is on the left, so be careful when you cross the street or on which side you wait for a bus.

A few words about the history of the Three Cities

The Three Cities have a rich history. Dating back to Phoenician times, today’s Grand Harbour was a perfect place for ships and settlements erected by various rulers during history.

Since medieval times, these cities were also known as different names. For example, the former name of Cospicua is Bormla, Senglea is Isla, and Vittoriosa is Birgu. Even today, these names are still in use.

So Three Cities were the first base when the Knights came from Rhodes to Malta in 1530. Actually, this area was a seat of the Sovereign Military Order of St John Jerusalem. First, they settled in Birgu (later Vittoriosa), which was their capital. They rebuilt Castrum Maris, an ancient fortress to the new Fort St Angelo.

Because of Malta’s strategic position in the Mediterranean Sea, the knights built a whole system of fortifications around Grand Harbour. It was reconstructed during the 17th and 18th centuries and included The Santa Margherita and the Cottonera Line. Built to defend the Grand Harbour and Three Cities, the remains of the ramparts and fortification walls could be seen even today.

From here, in 1571 the seat of the Order moved to Valletta, the new city and capital.

First, we visit Cospicua, the largest among the Three Cities. Senglea is on the West, and Vittoriosa is on the East.

Ancient traces lead to Neolithic times and Phoenicians, from which the name Bormla derives. In 1776, the Maltese Knights constructed a dockyard and improved the harbour facilities. Also, the British used it very often, particularly during the First and Second World War. Today it is a part of a new marina. The city was named Cospicua by Grandmaster Marc Antonio Zondadari in 1722 because the fortifications were conspicuous.

The patron of the city is Virgin Mary, and her golden-shining statue is located in the centre of Cospicua.
Behind the statue, there are old zig-zag stairs. 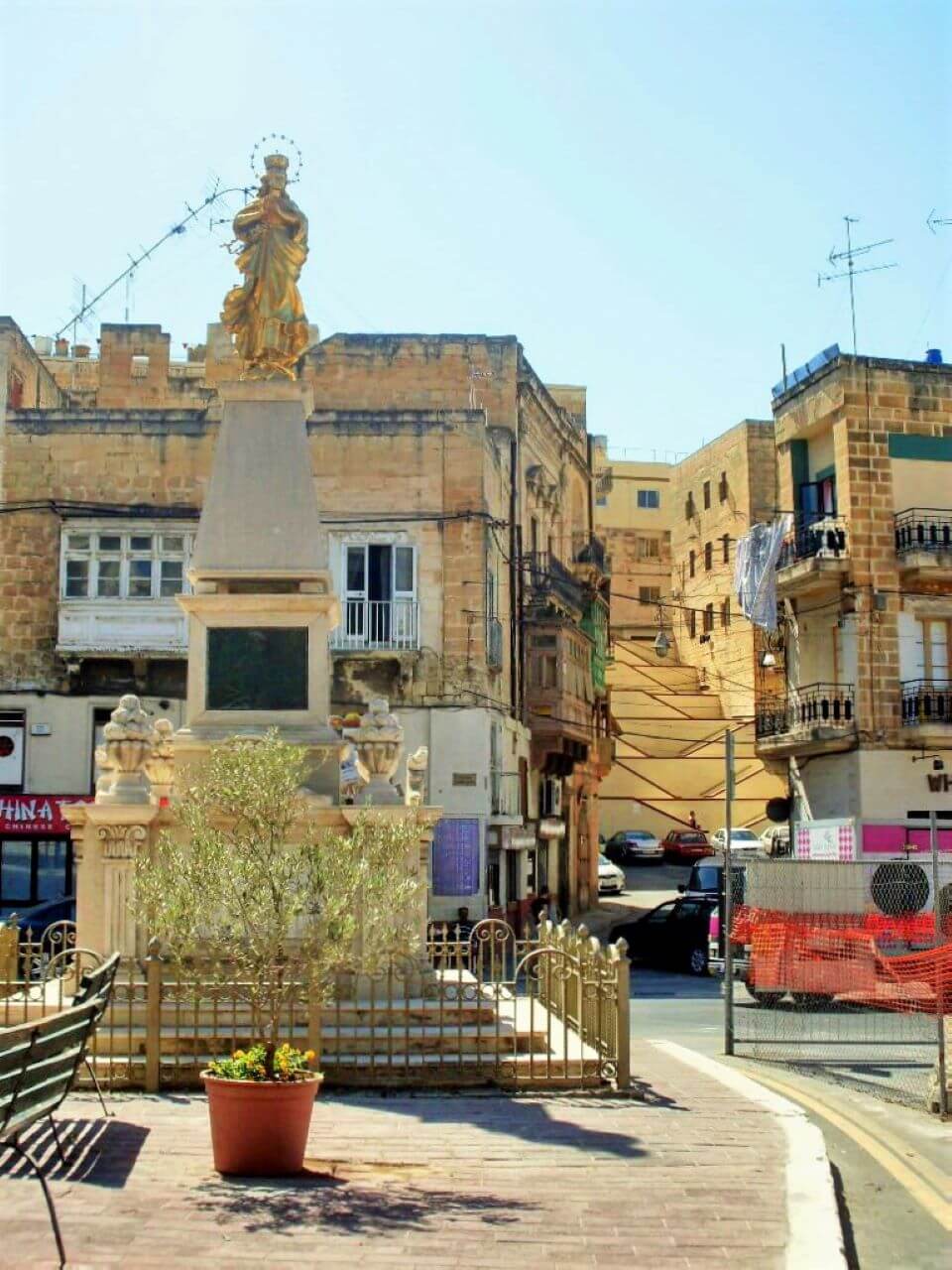 Cospicua, the statue of Holy Mary, and zig-zag stairs

The main church is the Church of Our Lady of the Immaculate Conception.
The original parish church was built in 1586, then renovated and finished around 1730. 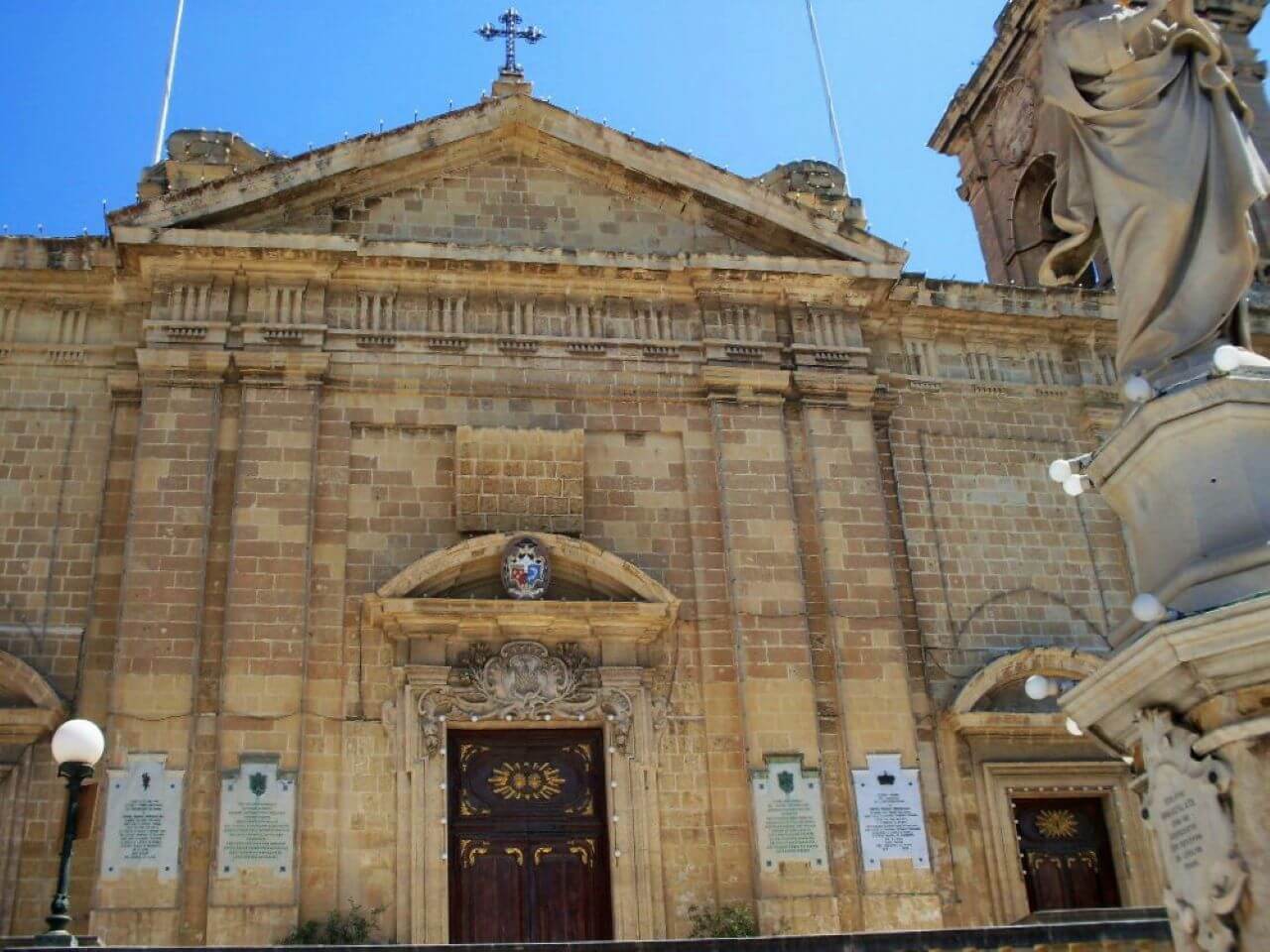 Church of Our Lady of the Immaculate Conception

In front of this church, there is the War Memorial monument, erected in 1994. It was built in honour of the people who were killed in the Second World War and represents the triumph over the war. 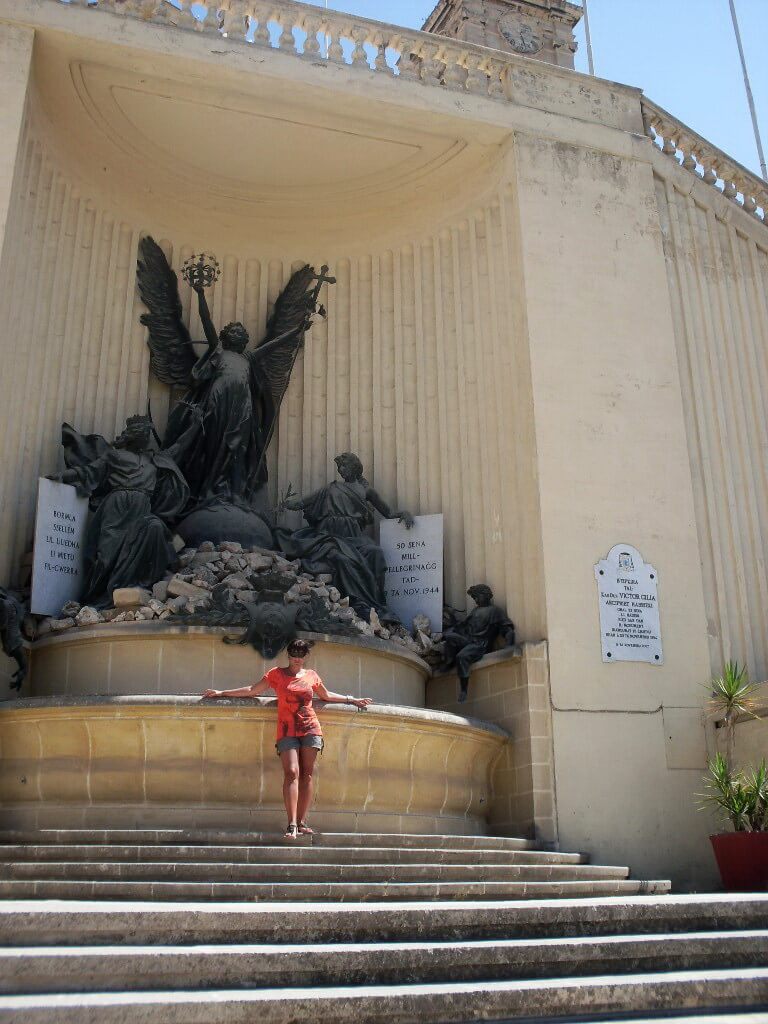 The other interesting church is St. Paul’s Church from the 18th century, built at the foundation of the former church in 1590. 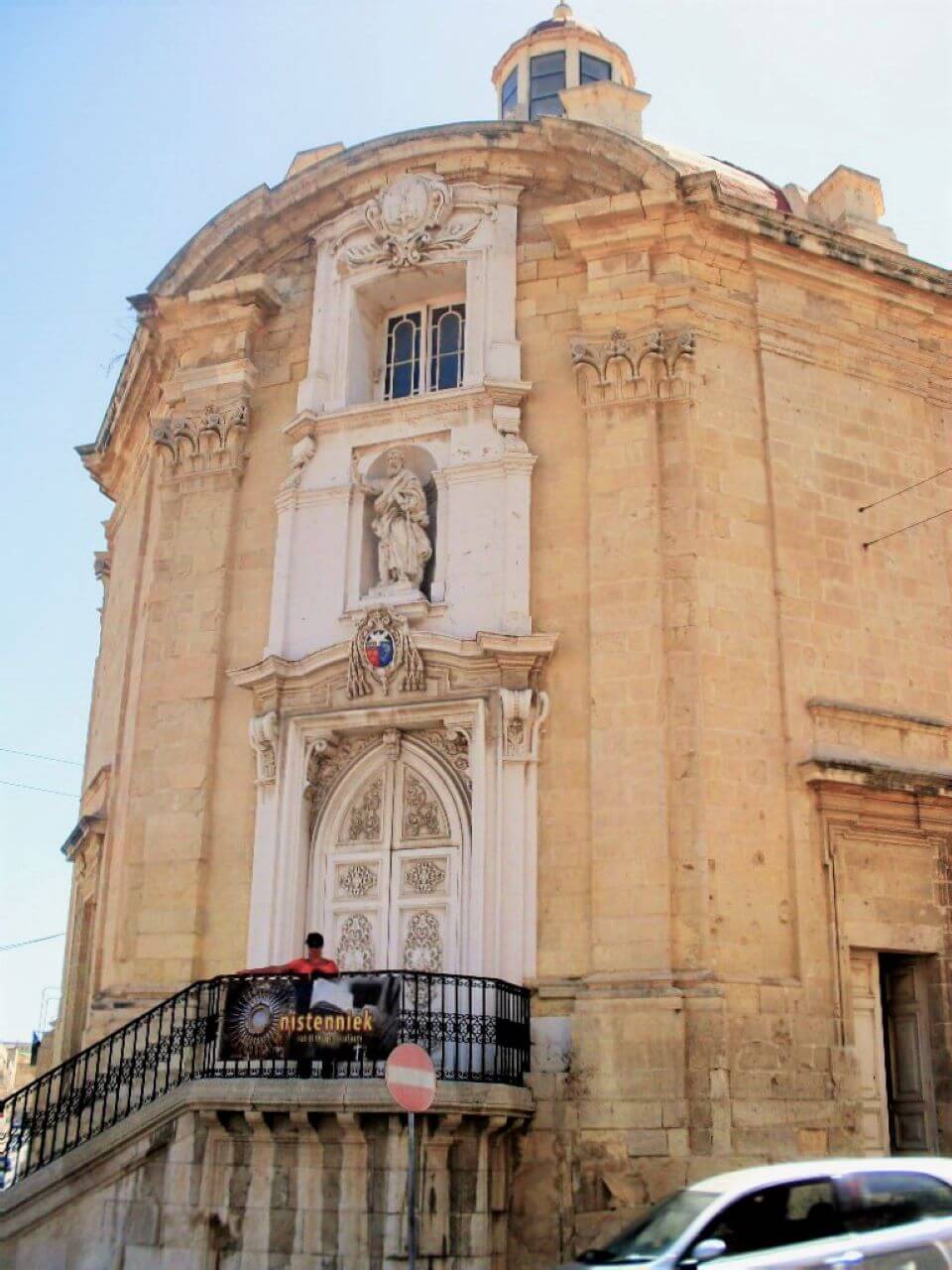 This small city got its name after Grand Master Claude de la Sengle, in 1551. The former name is L-Isla, similarly to the Italian word “Isola”, meaning “an island”. Senglea had a significant role during the Grand Siege against Turkish attacks in 1565 and it was known as the “invincible city” or “Citta’ Invicta”.

The main church is The Basilica of the Nativity of Mary or Basilica of Our Lady of Victories. It is a Roman Catholic parish erected in 1580. Like many other buildings and churches, it was destroyed by bombs in 1941 and rebuilt later. 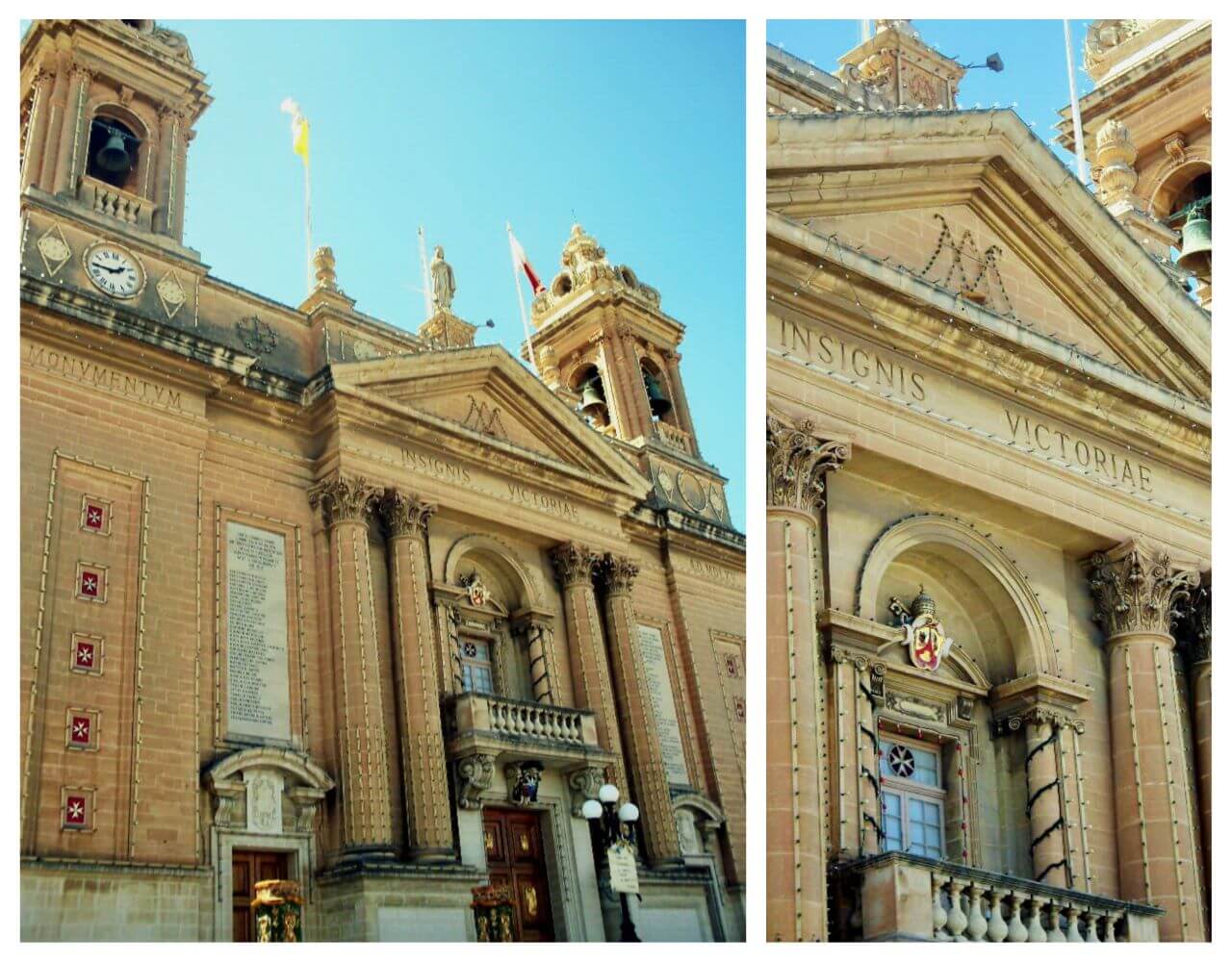 Church Our lady of Victory, Senglea

Similar to Valletta, Senglea streets are filled with stone houses and buildings, and coloured balconies. 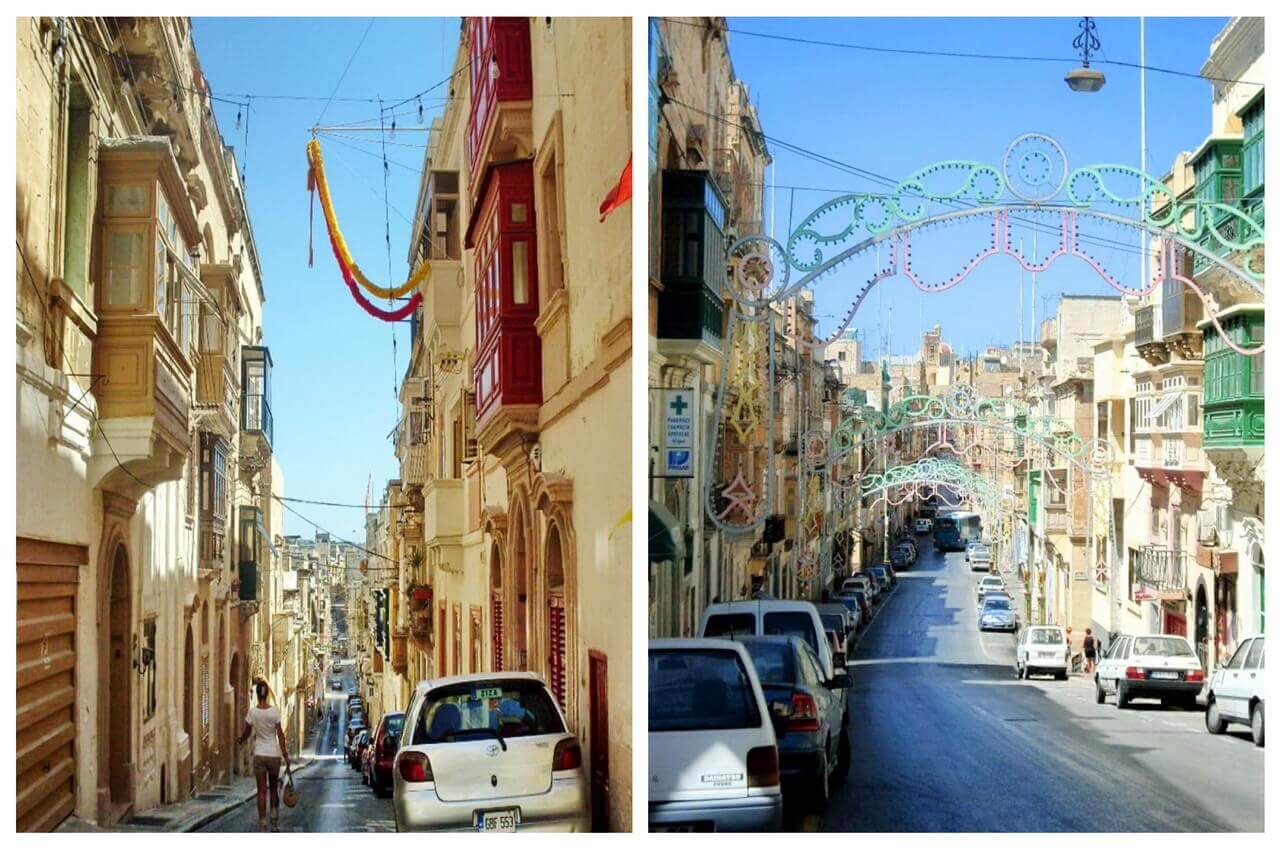 The streets are also decorated, ready for festivals. 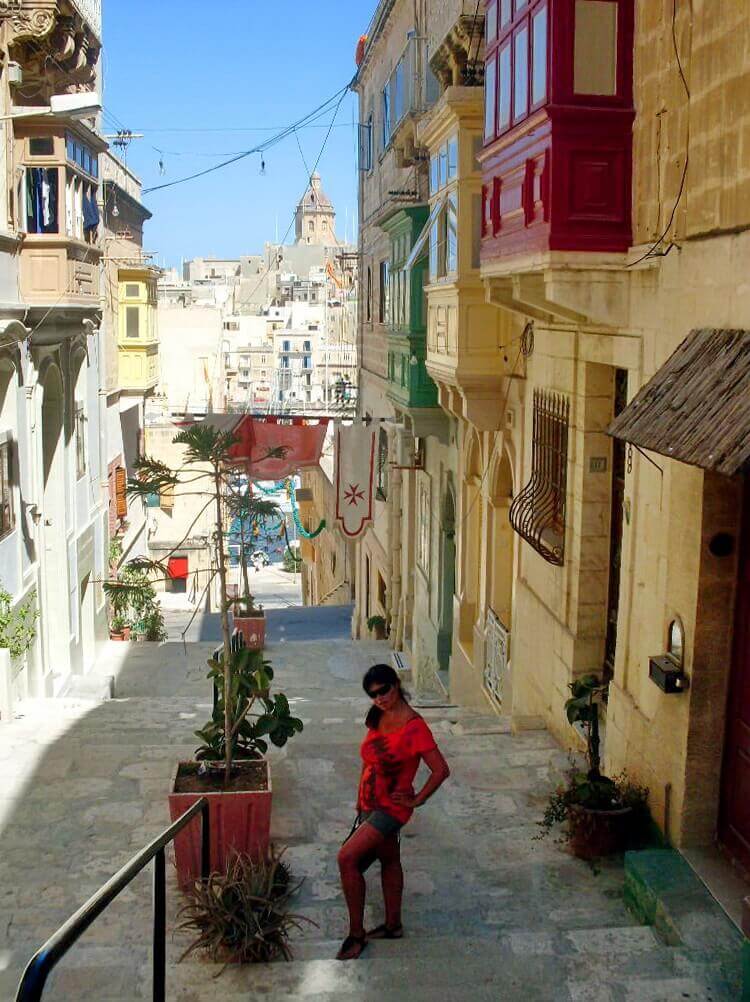 Actually, there are many religious festivities, cultural events, and local fests of the villages with fireworks that take place in Malta during the whole year. 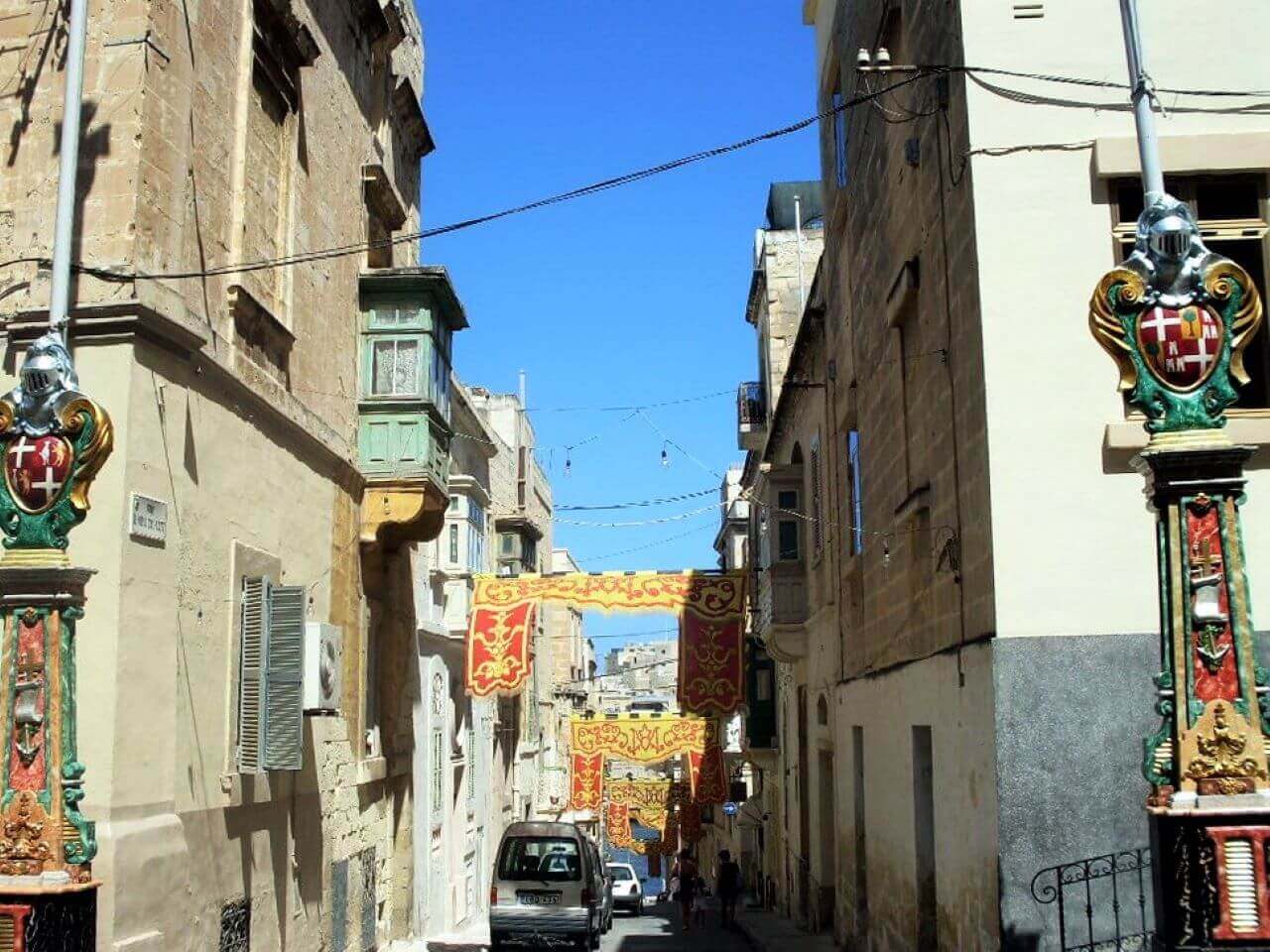 Gardjola gardens are located at the end of the Senglea peninsula. At the edge of its fortified walls, there is an interesting Gardjola watchtower. It has a hexagonal shape and it is decorated with three symbols of guard and watch of the entrance in the harbour: ear, eye, and bird. 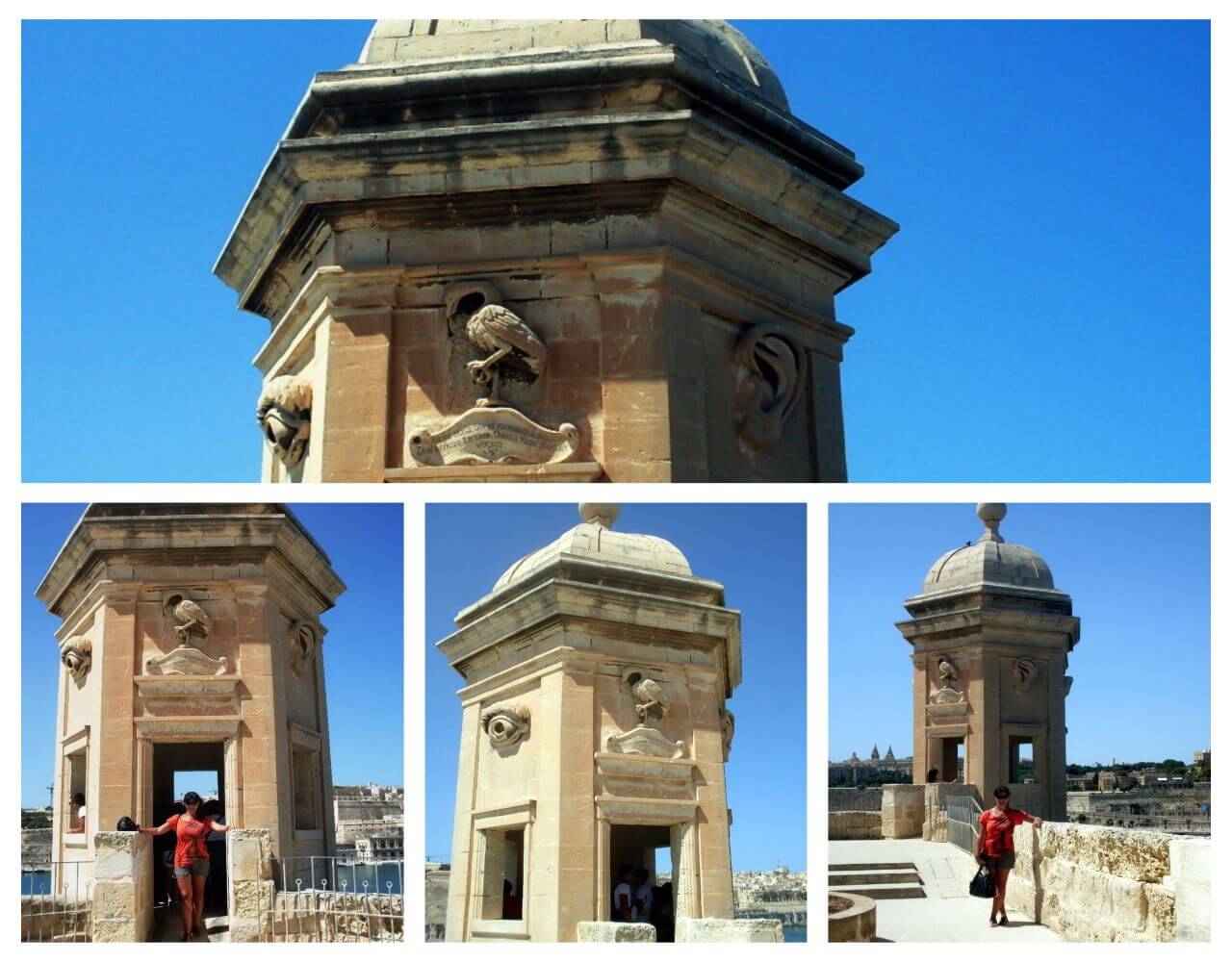 From the rectangular windows, there is a fantastic view of Valletta buildings and the waterfront. 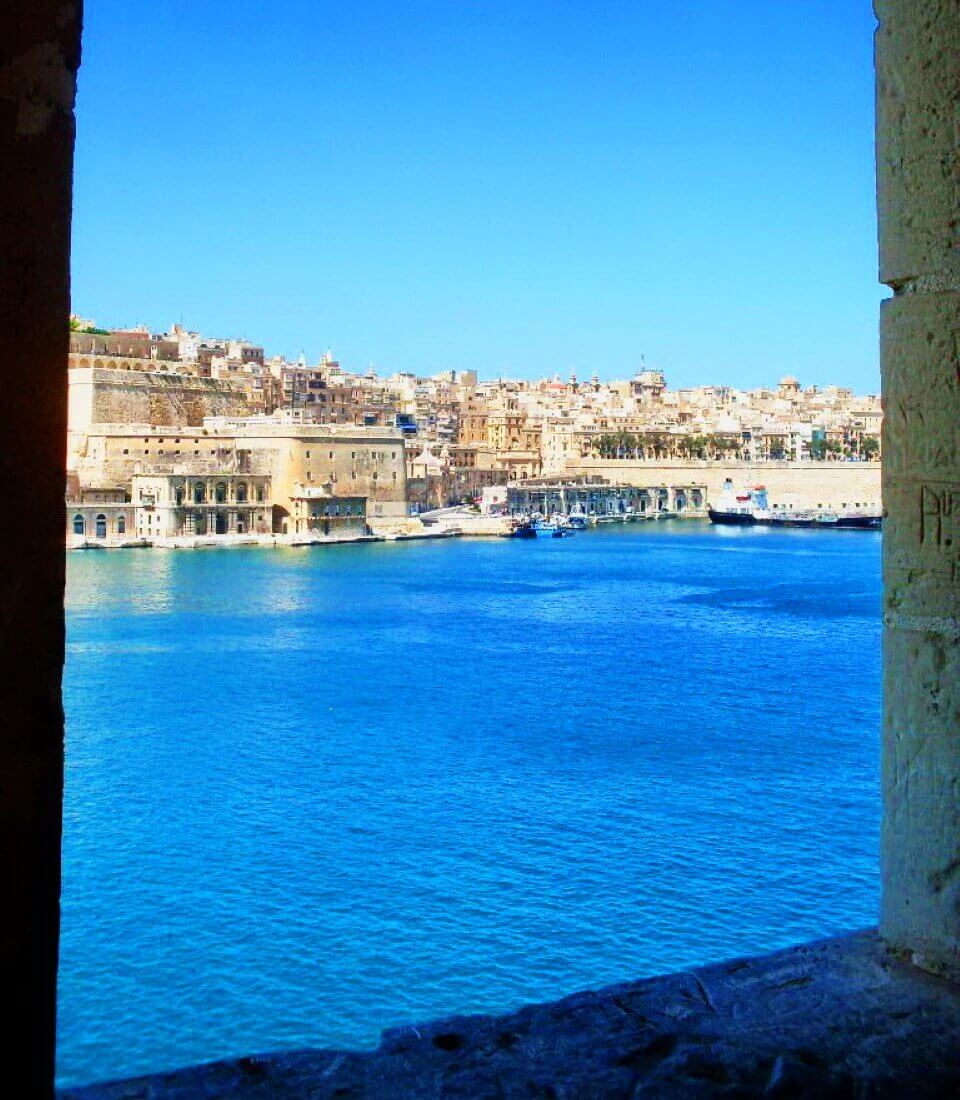 Across Senglea city, there is Birgu, also known as Vittoriosa.

Together with Senglea, Birgu has a significant role during the Grand Siege. Grand Master Jean de La Valette renamed it “Civitas Vittoriosa”, meaning “Victorious Town”.
Vittoriosa was the first place where the Knights arrived in 1530 in Malta. Also, the first palaces, churches and the Knights “Auberges” were built here. Even today, you can see former buildings of Auberge de Castille et Portugal, Auberge d’Auvergne and Provence, Auberge d’ Aragon, and Auberge d’ Angleterre. 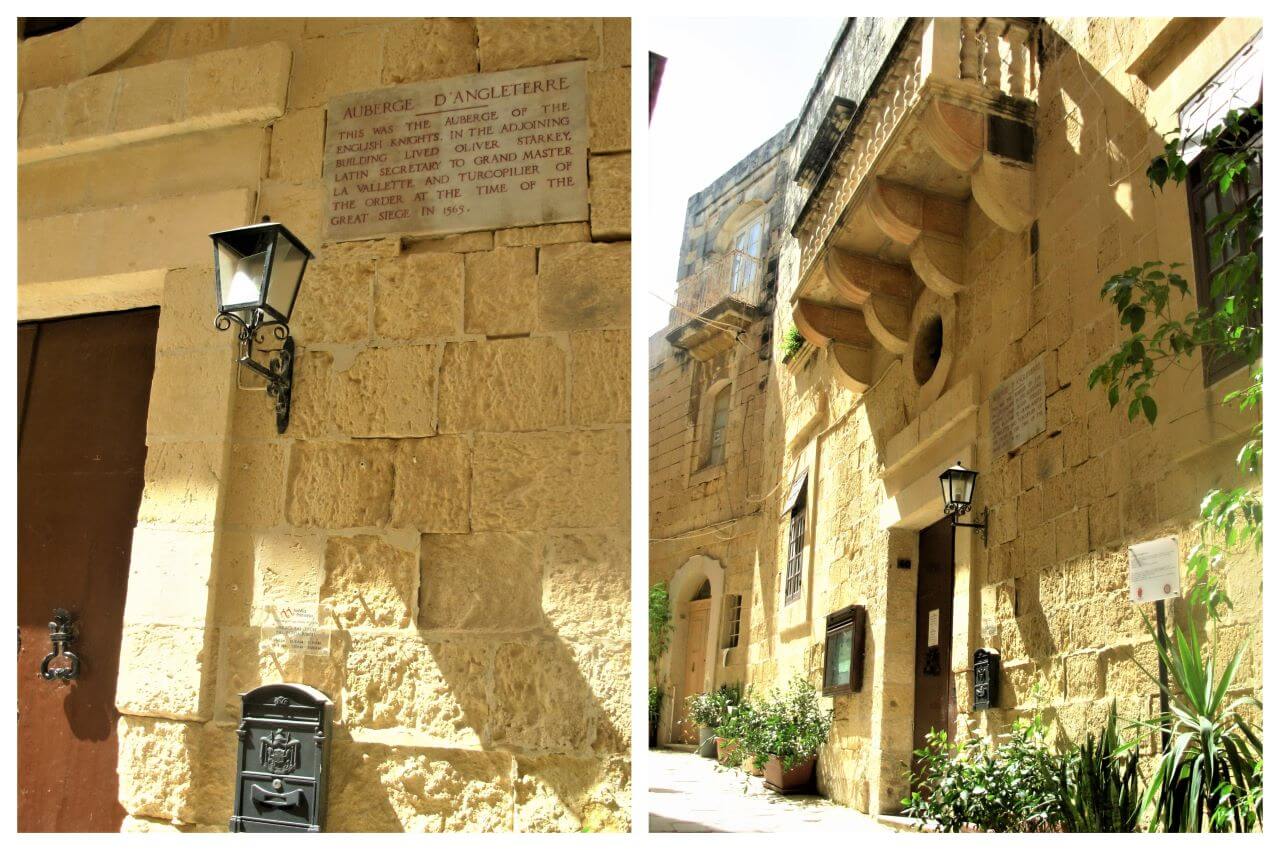 All around Birgu, you can see the fortifications consisting of a series of defensive walls.

The first fortress was Fort Saint Angelo, built on the place of Castrum Maris, an ancient fortress and castle. Later it was the headquarter of the French Army and the British base for the Royal Navy. Today it is under the rule of the Maltese government, and the seat of the Sovereign Military Order of Malta. Across the Birgu, there is the neighbouring town of Kalkara. 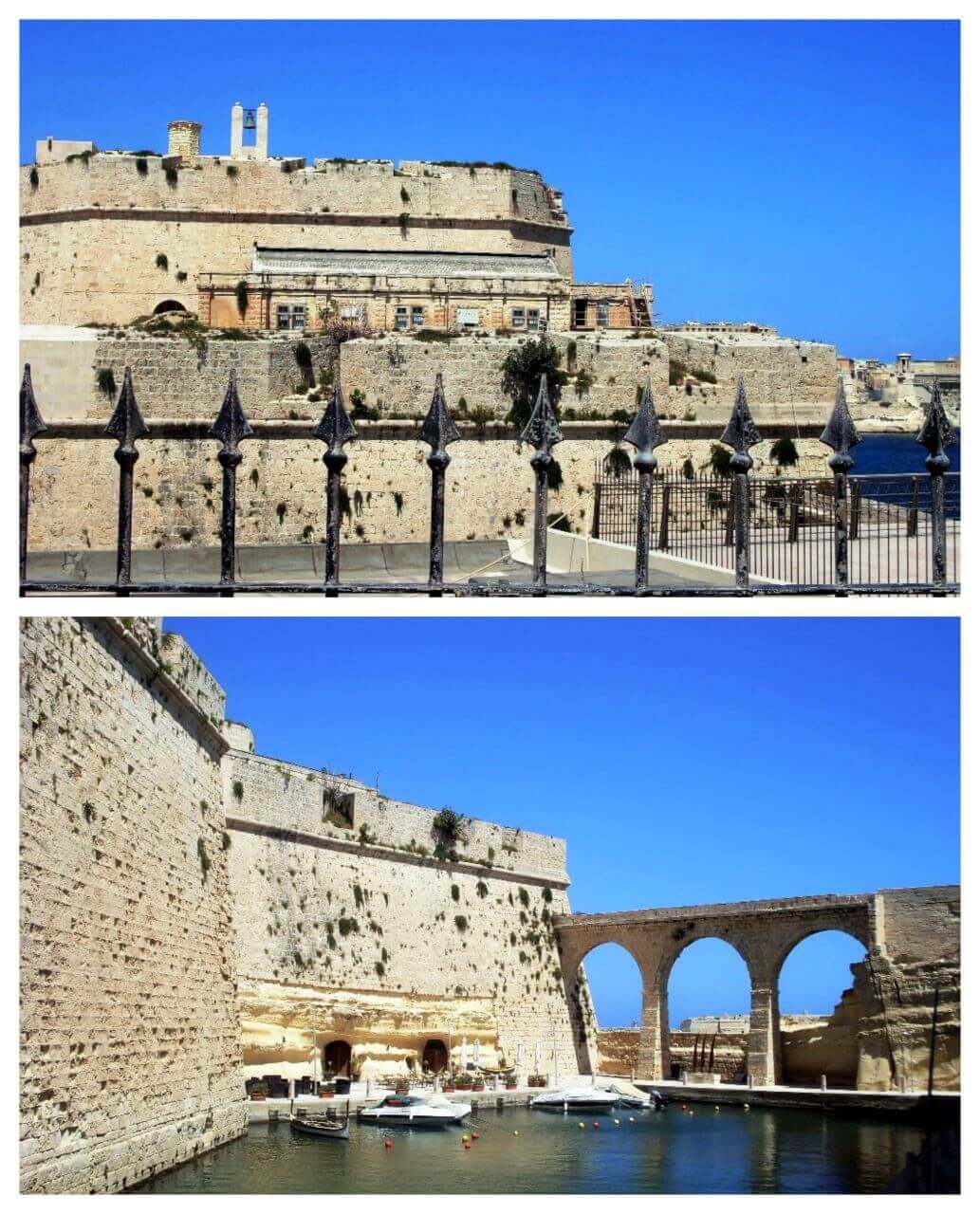 Once there were four gates in the city, built from limestone during the 18th centuries. Today you can see three of them: the Couvre Porte Gate, the Advanced Gate and the Gate of Provence, while the Porta Marina was destroyed in 1806. Also, between the walls of the Couvre Porte Counterguard, there is the Malta War Museum, dedicated to World War II.

The churches in Birgu and Victoria square

The oldest church in Birgu and Malta as well as the Collegiate church of Saint Lawrence. Built in the baroque style, it was used as the Order’s first conventual church in Malta from 1530 to 1571. It is overlooking the Grand harbour and it looks very impressive. 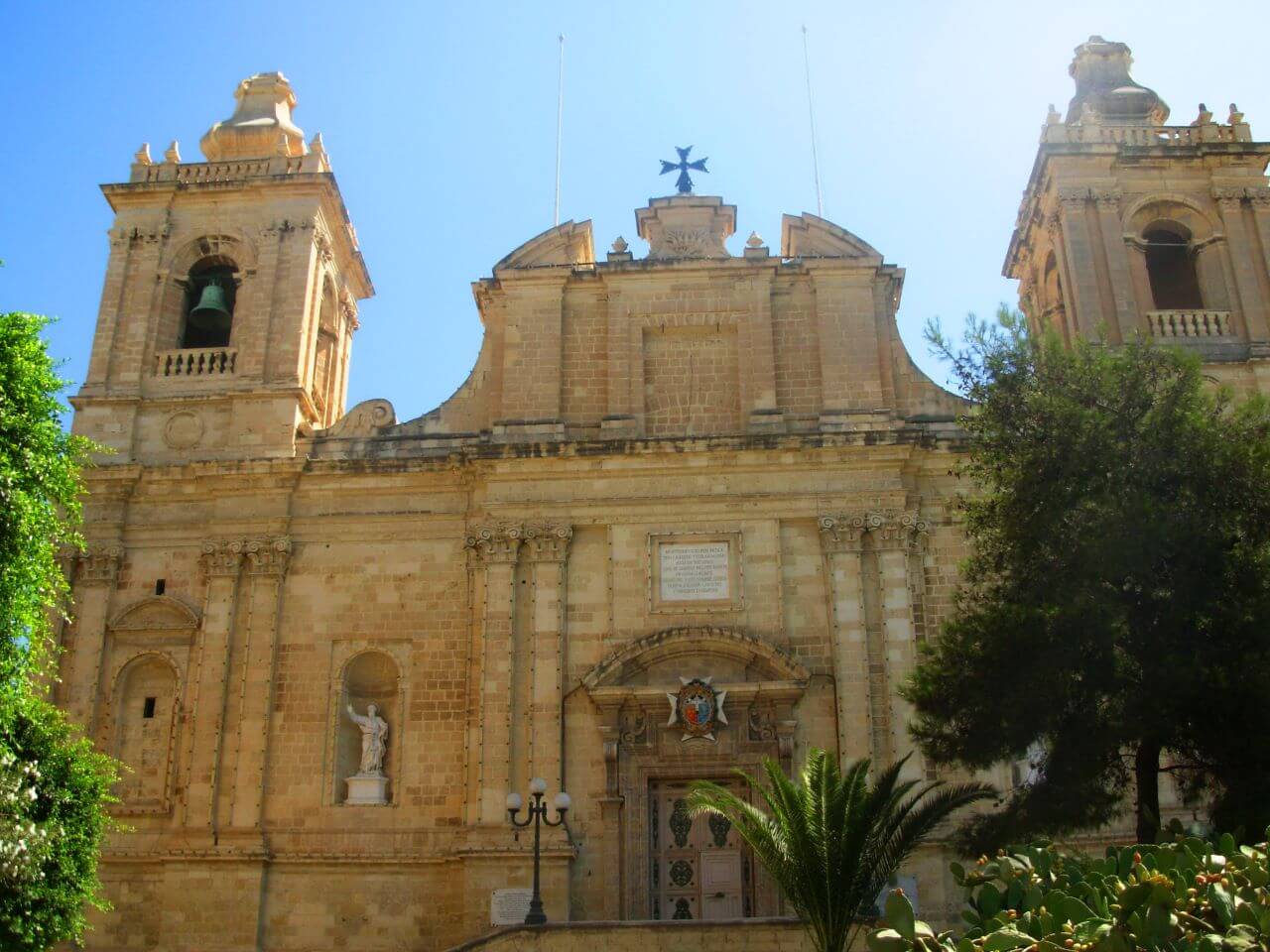 Close to this church is the Oratory of the Holy Cross. It was built in 1720 on the graves of people who died during the Great Siege in 1565. And beside it, there is the Oratory of St Joseph, with a small museum. 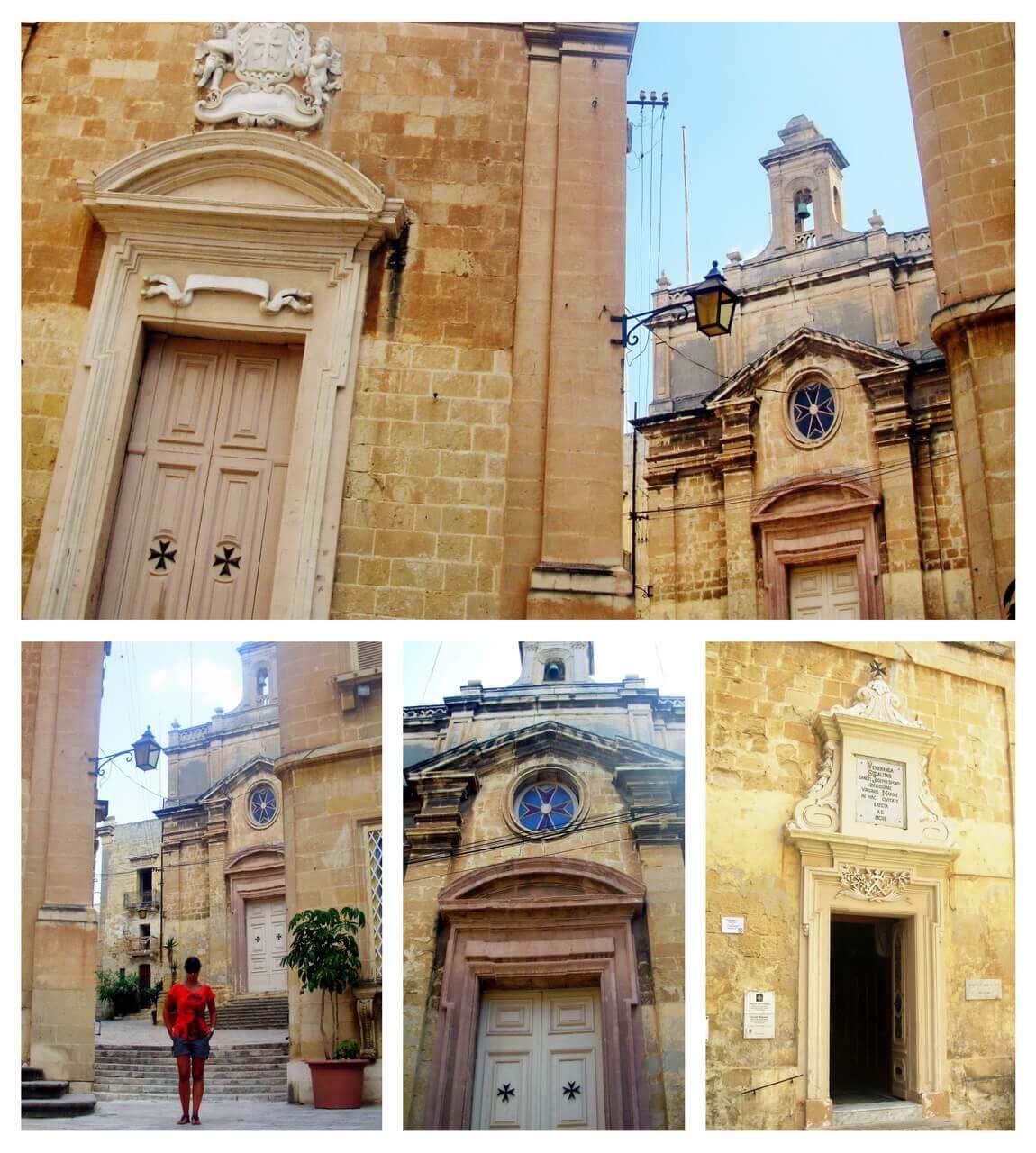 These churches are close to Victoria square (Misrah ir-Rebha), the main square for locals, surrounded by small cafes.
In the middle is the Victory monument and the statue of St. Lawrence. 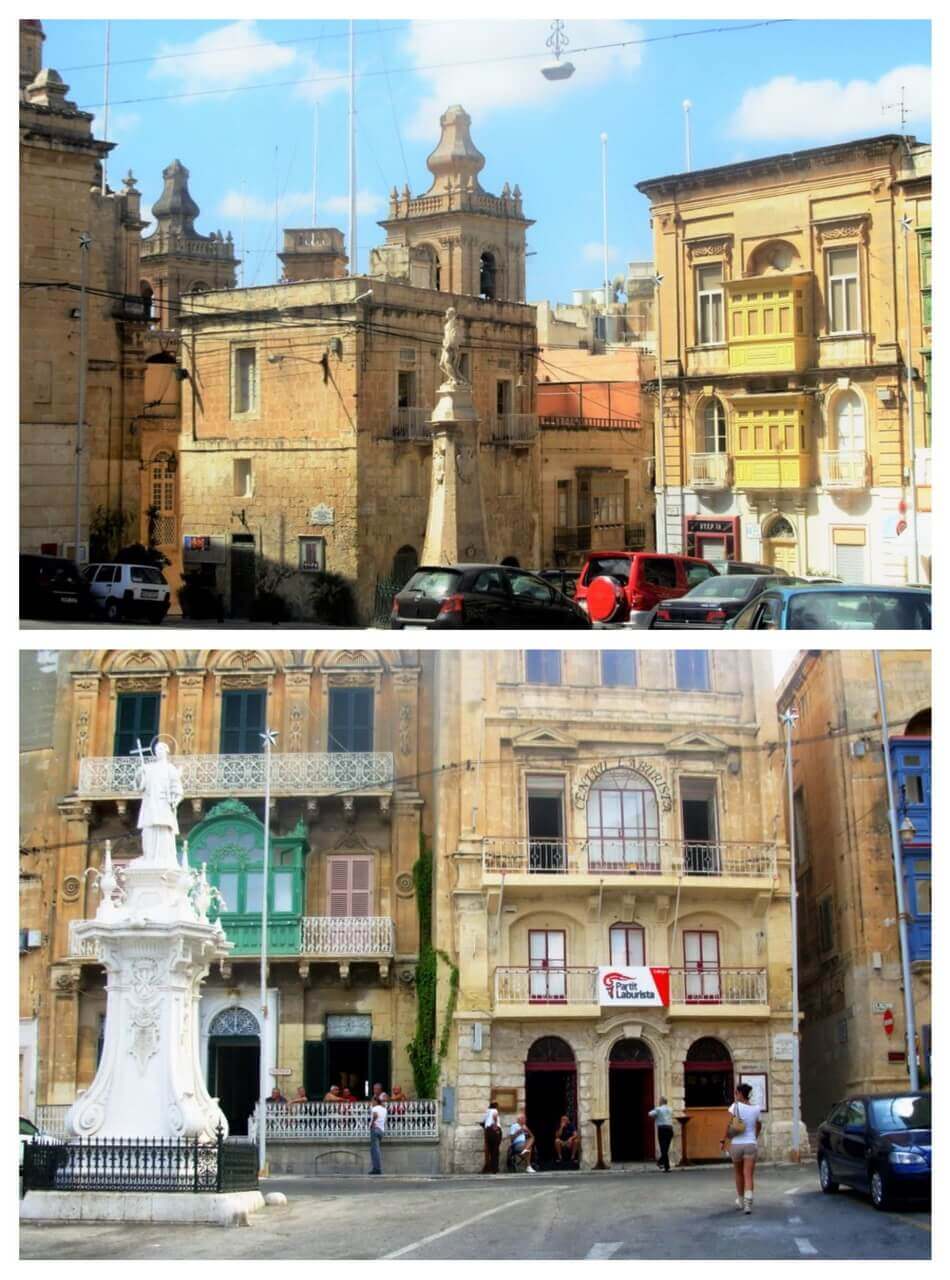 Victoria Square, Victory monument and a statue of St. Lawrence

Just a short walk from Victoria square, there is one interesting place: Inquisitor’s Palace.

It was built in the 1530s by the Knights. First, it served as the Civil Law Courts of the Order of St John, but later became the headquarters of the Inquisitors. As a matter of fact, there were three inquisition tribunals: the Medieval, the Spanish and the Roman. One part of the building was the inquisitor’s private chambers with a private chapel. In the other part were the tribunal chamber and prisons. Even today, you can see small prison and communal cells, and torture chambers. 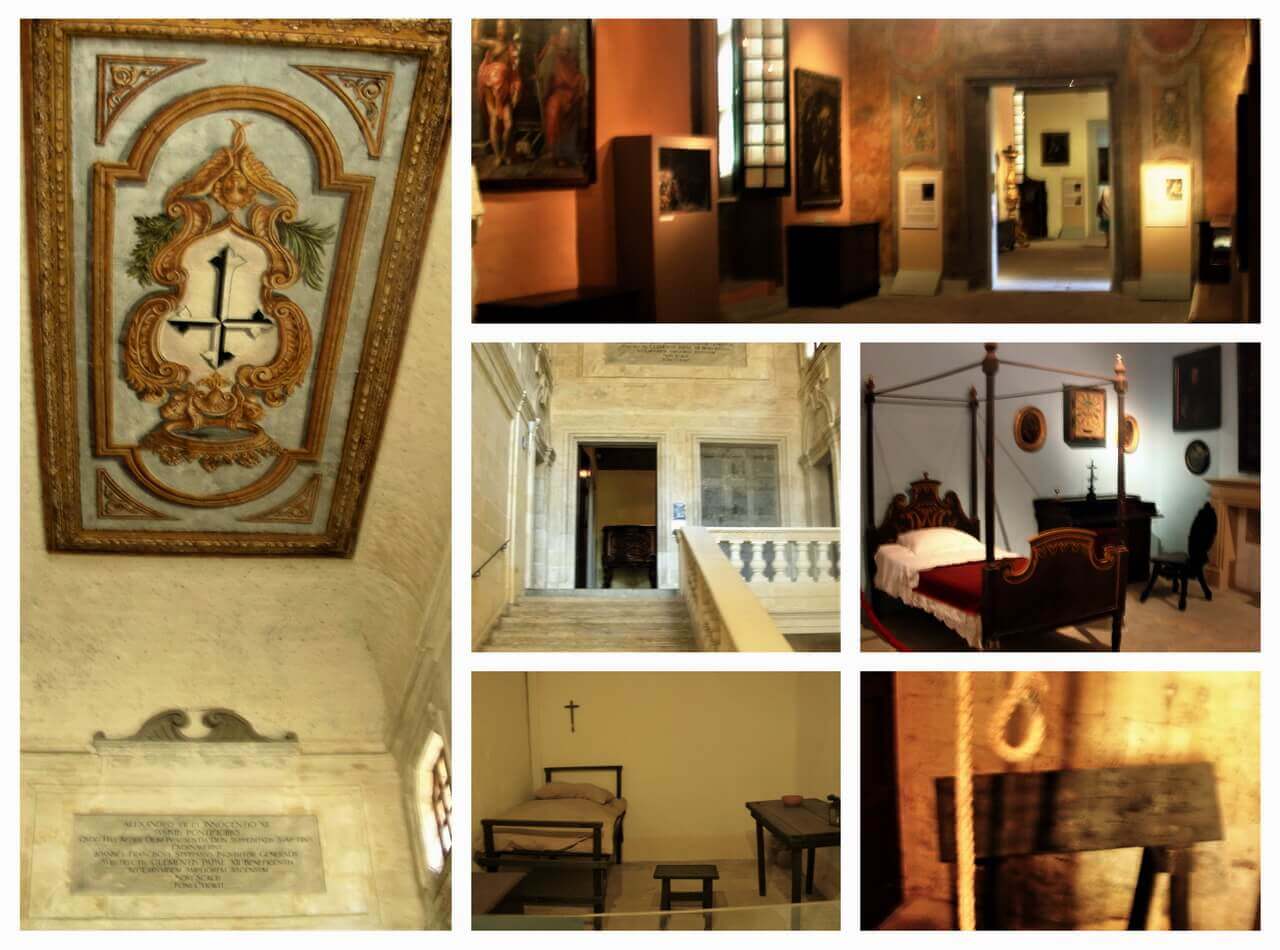 This palace, known as the “Sacred Palace” was renovated a few times during the centuries. Since 1995 it is a museum and today it is one of few surviving places of its kind in Europe. The entrance fee is 6 euros for adults and 4,50 euros for students and senior citizens.

Welcome to the fascinating marina Vittoriosa, nestled in the heart of the Mediterranean. 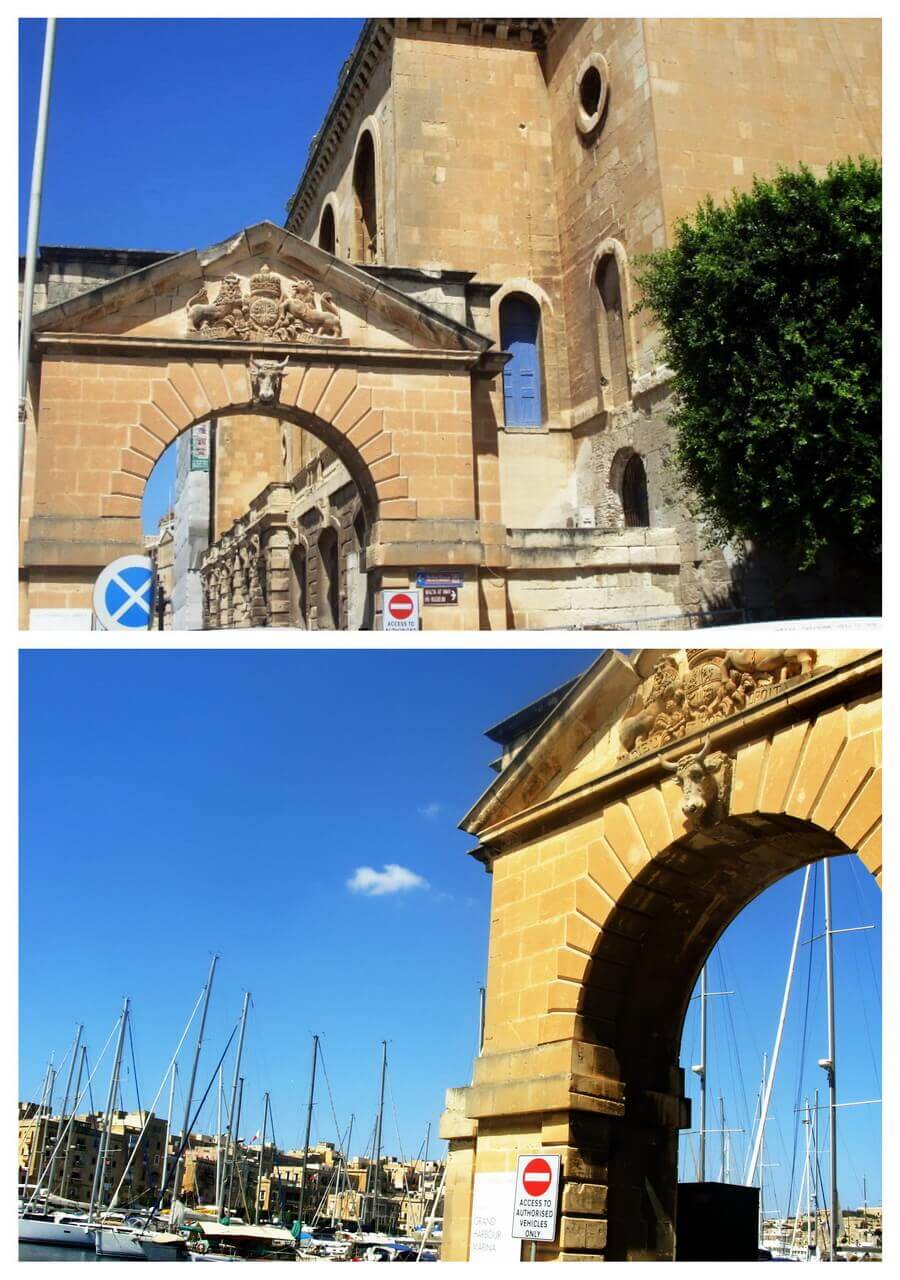 The Maritime Museum is located in the building of the former Royal Navy Bakery, which was constructed in the 1840s, on the Birgu waterfront.

The maritime history fans will certainly enjoy looking at the collection of over 20.000 artefacts from prehistoric times to the present day. So, there you can see the largest Roman anchor in the world, various models of boats and ships, including a large model of the third-rate navy ship of the Order of Saint John. Then there are various anchors, amphorae, cannons, weapons, documents, paintings, uniforms, measuring scales, as well as the steam engine from the 1950s. The entrance fee is 5 euros for adults, and a reduced fee is 3,5 euros. 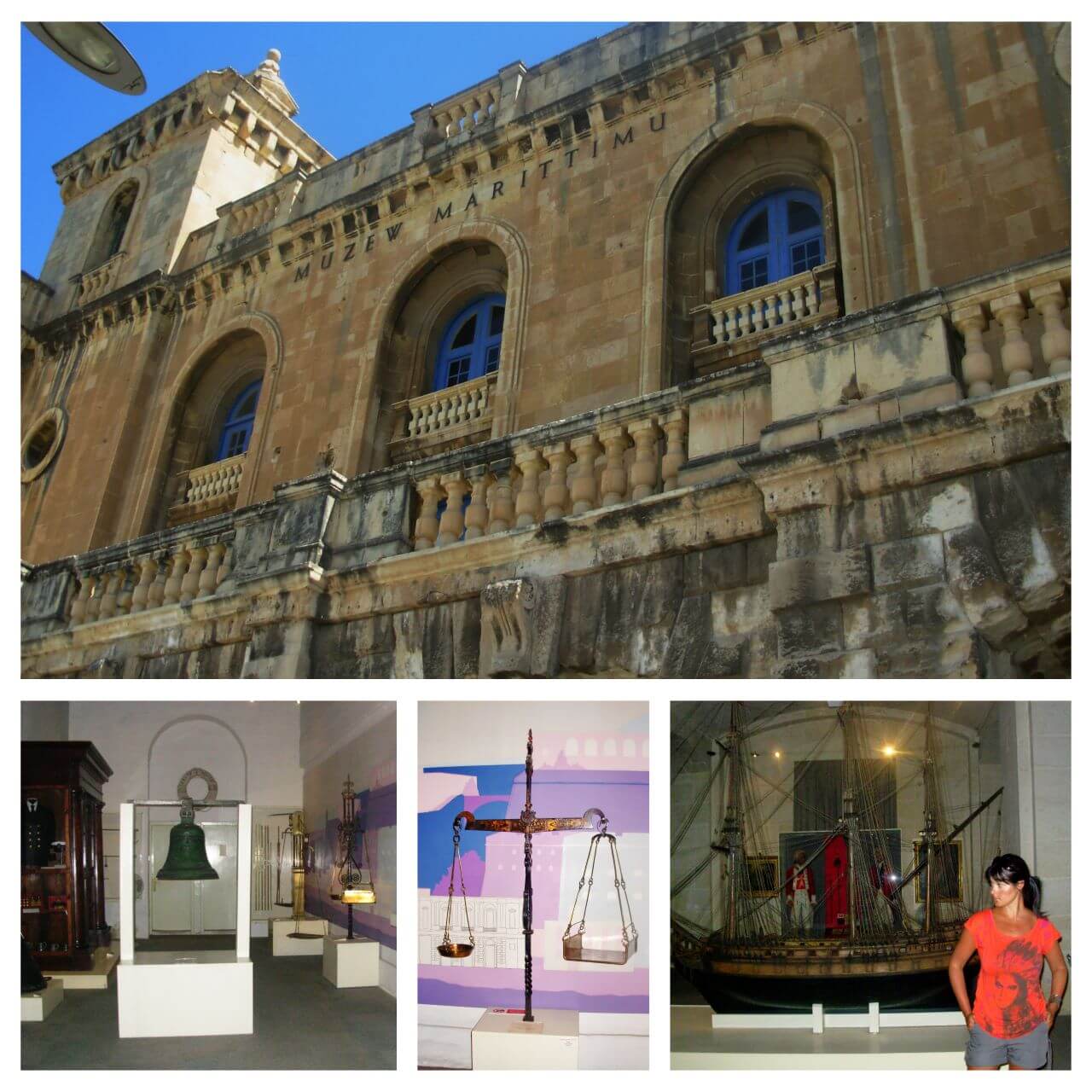 Three Cities along with the Grand Harbour

If you have enough time, take a whole day and just wander these beautiful places. It is always pleasant to walk around the quiet and narrow alleys with stoned buildings, decorated with flowers and coloured balconies. 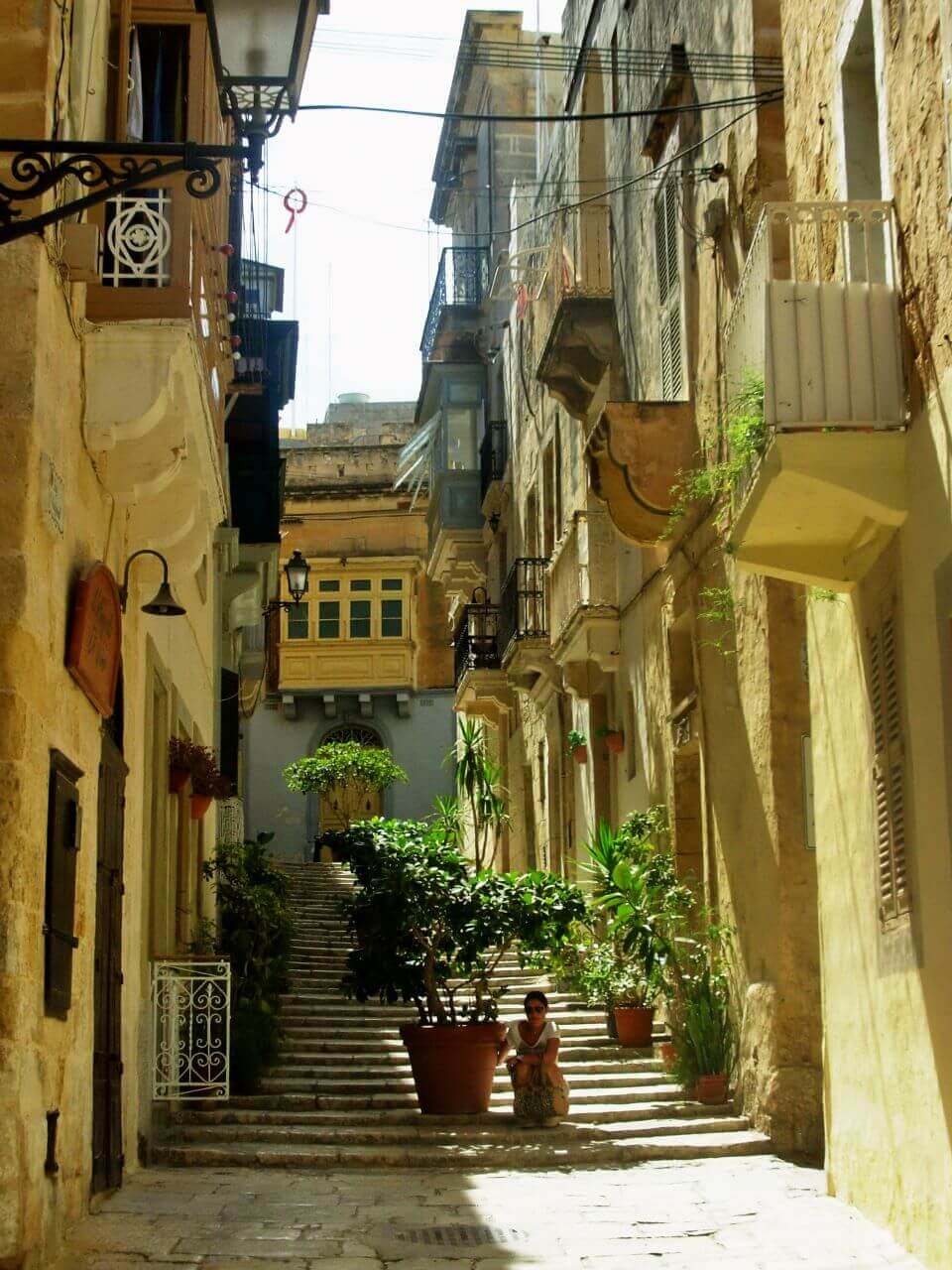 At Vittoriosa waterfront take a break in one of the many restaurants and cafes.

Enjoy the view of many boats and luxury yachts in the marina. 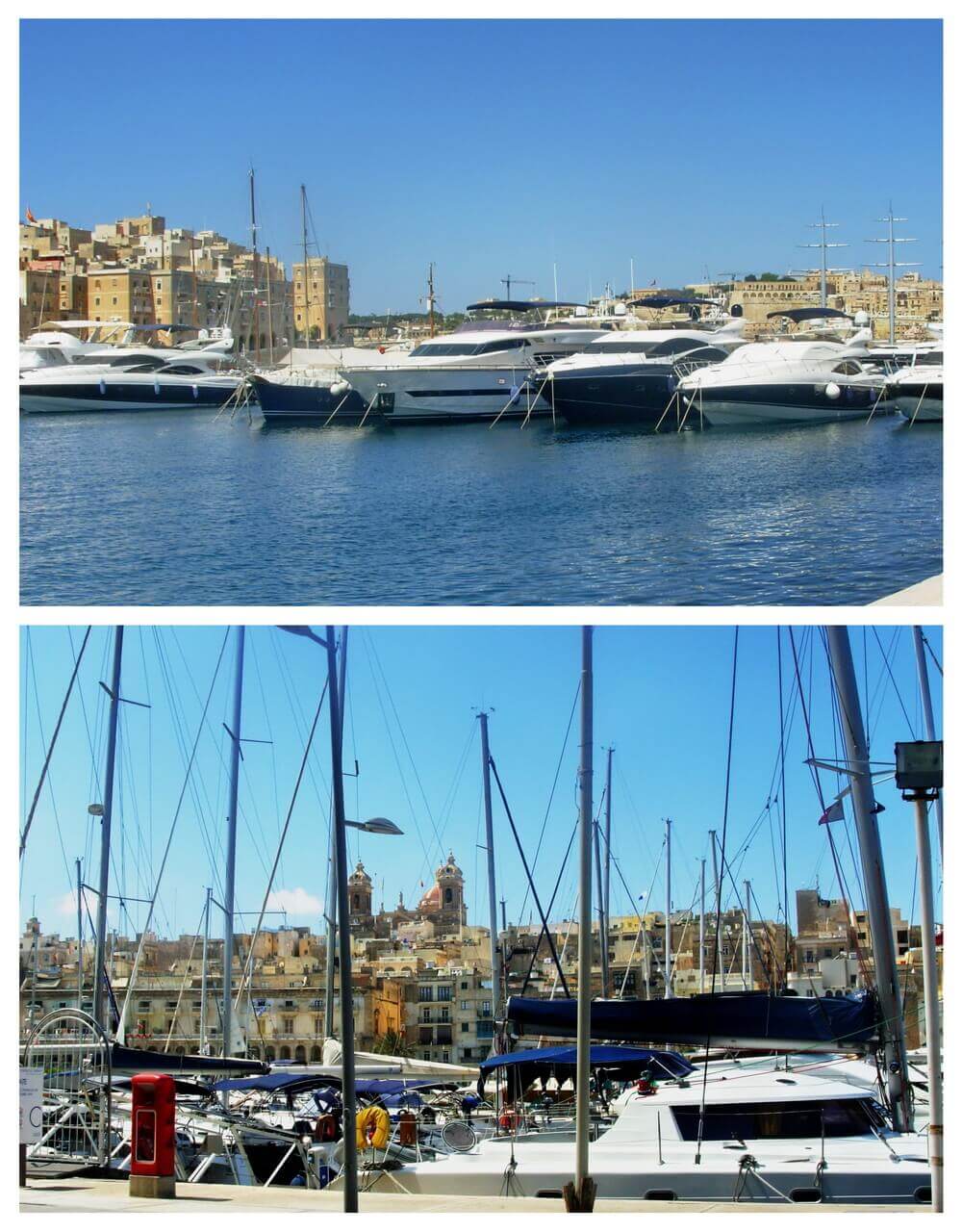 For example, during our visit in 2012, there was a famous superyacht Maltese Falcon.
In a word, it looked fantastic, anchored by the walls of fascinating Fort Angelo. 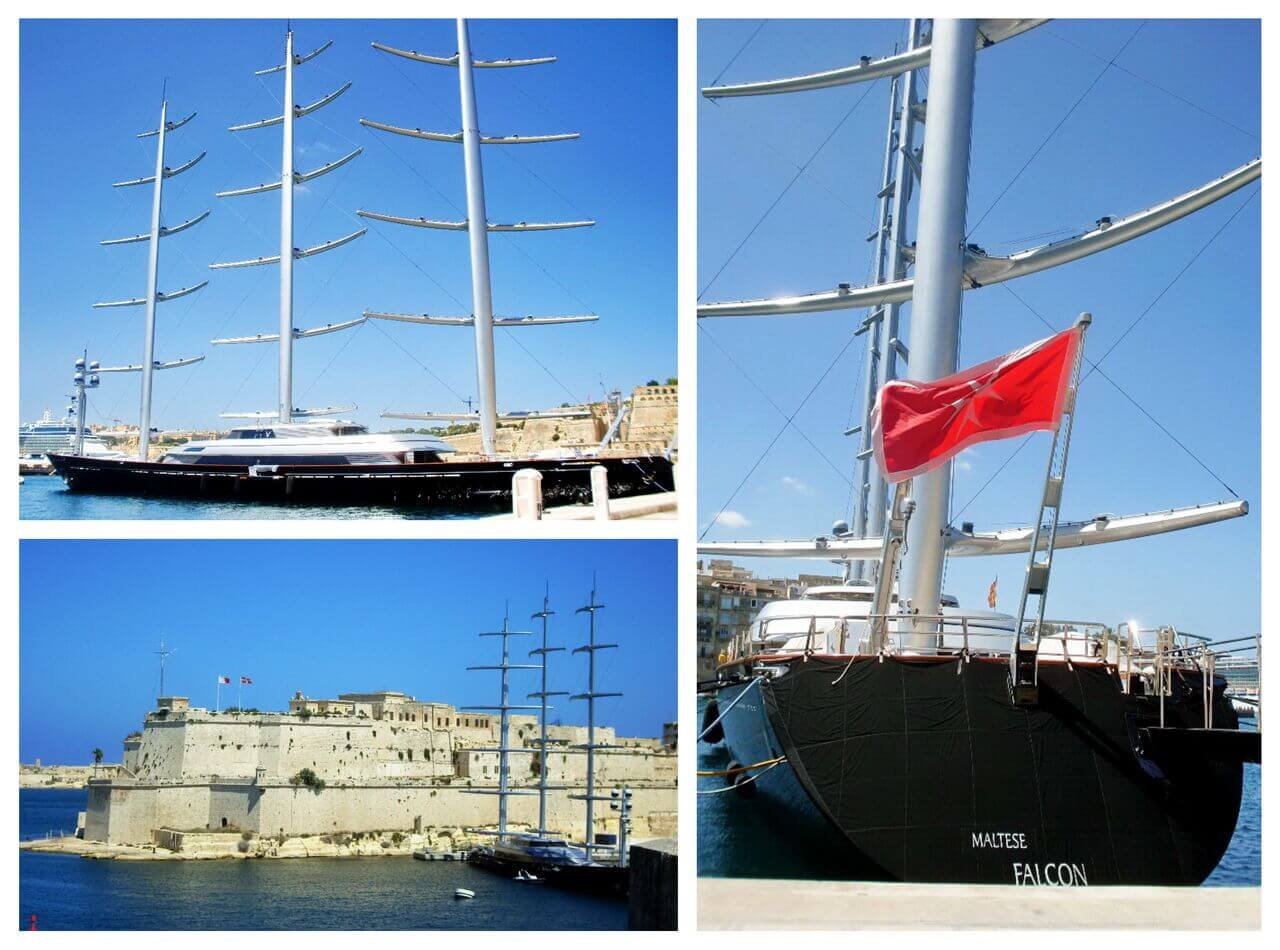 We finished our Three Cities tour with a ride in a local water taxi named Dghajsa. It is similar to the Venetian gondola, and for 5 euros it goes around Grand Harbour. Definitely, it was a ride to remember, between the boats and yachts, across one of the deepest natural harbours in Europe. 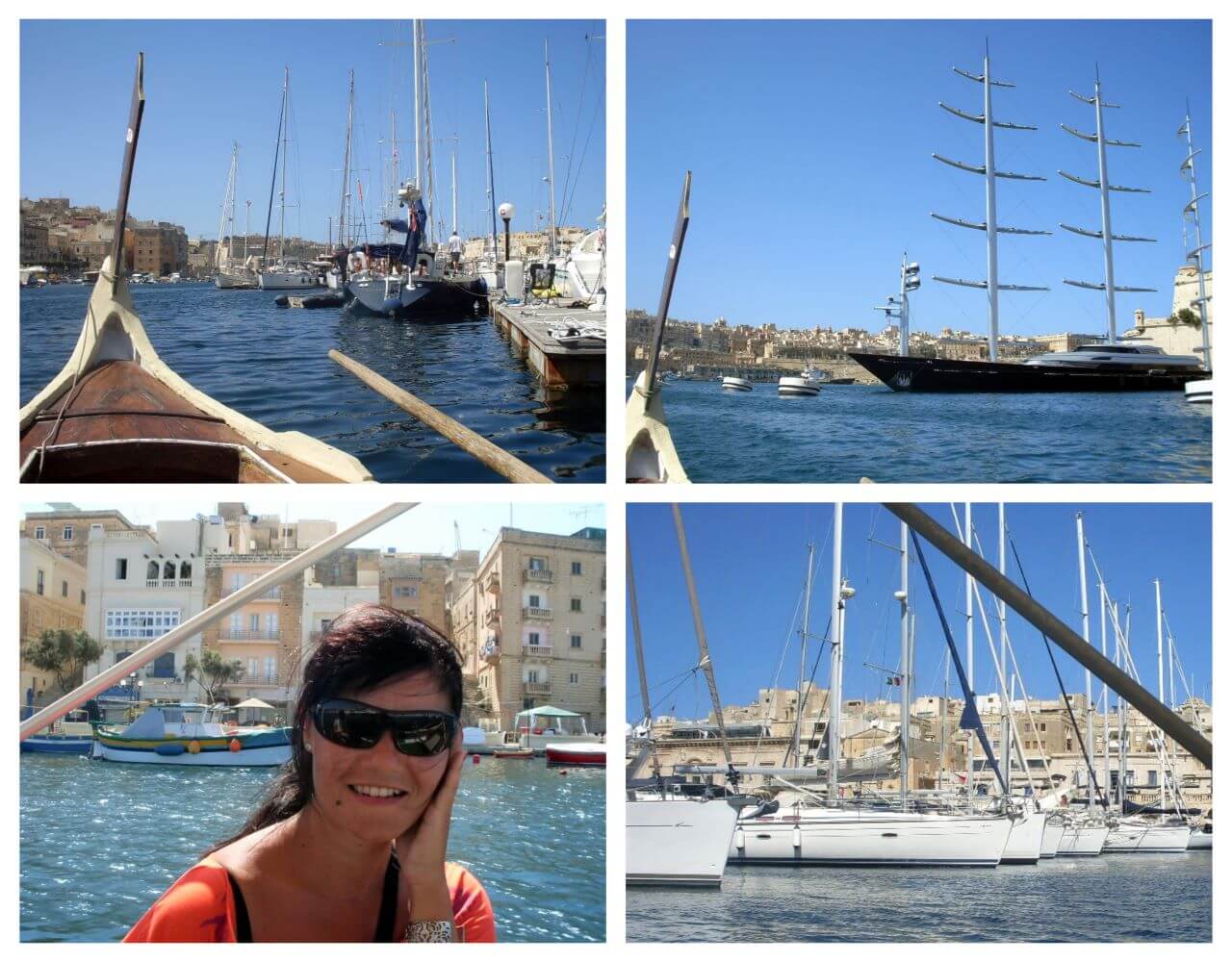 So we arrived at the Valletta waterfront.
Through Victoria gate, we came to the centre of Valletta crowded streets, filled with history and modern lifestyle.

Patmos is a small and adorable island in the Aegea

Today it is a very important day for me. Three yea

Jerusalem, the city of hopes and tears. Once when

Probably you heard about Mastiha. It is a natural 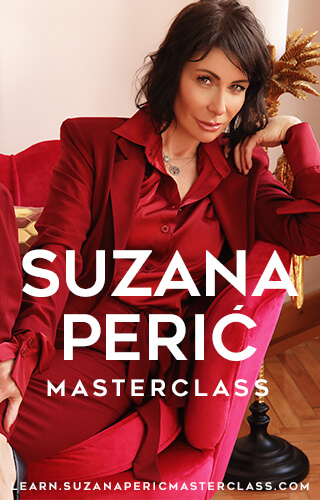 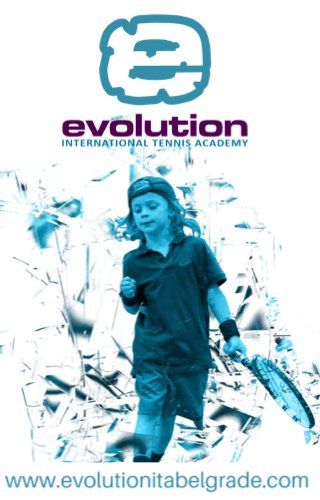