is a Portuguese fortified wine.
All varieties of this wine have rich and intense aromas and flavours. It is produced from grapes grown and processed in the demarcated Douro Valley, in the northern regions of Portugal.

Porto wines can carry this name only if it is stored and aged in the warehouses of Vila Nova de Gaia.

is one of the oldest wine regions in the world. Nature is amazing: the river carved the deep valleys in the land and grapevine plants are terraced on vineyards on the hills, exposed to sunlight. Since the 18th century, the grapes from Douro valley have been transported in the boats called â€œBarcos rabelosâ€œ to Vila Nova de Gaia and warehouses.

Over a hundred varieties of grapes grow in the Douro region.
The mix of white and black grapes give Porto wines a specific taste. The port wines usually have a higher percentage of alcohol content (usually between 19% and 22% vol). The reason is the following: in one precisely determined phase, brandy is added and the fermentation is stopped. So they are often called dessert wines because they are served with the desserts.

Porto wines can carry this name only if it is stored and aged in the warehouses of Vila Nova de Gaia.
In this part of the city, there are almost 60 warehouses of port wine. These cellars (locally known as “caves”) have become a major tourist attraction. You can visit most of them individually or in a group.

Vila Nova de Gaia is a real Porto wine town, located across Porto, on the other side of Douro River. It is world-famous for the world’s largest wine storehouses in one place, built in the 17th century. 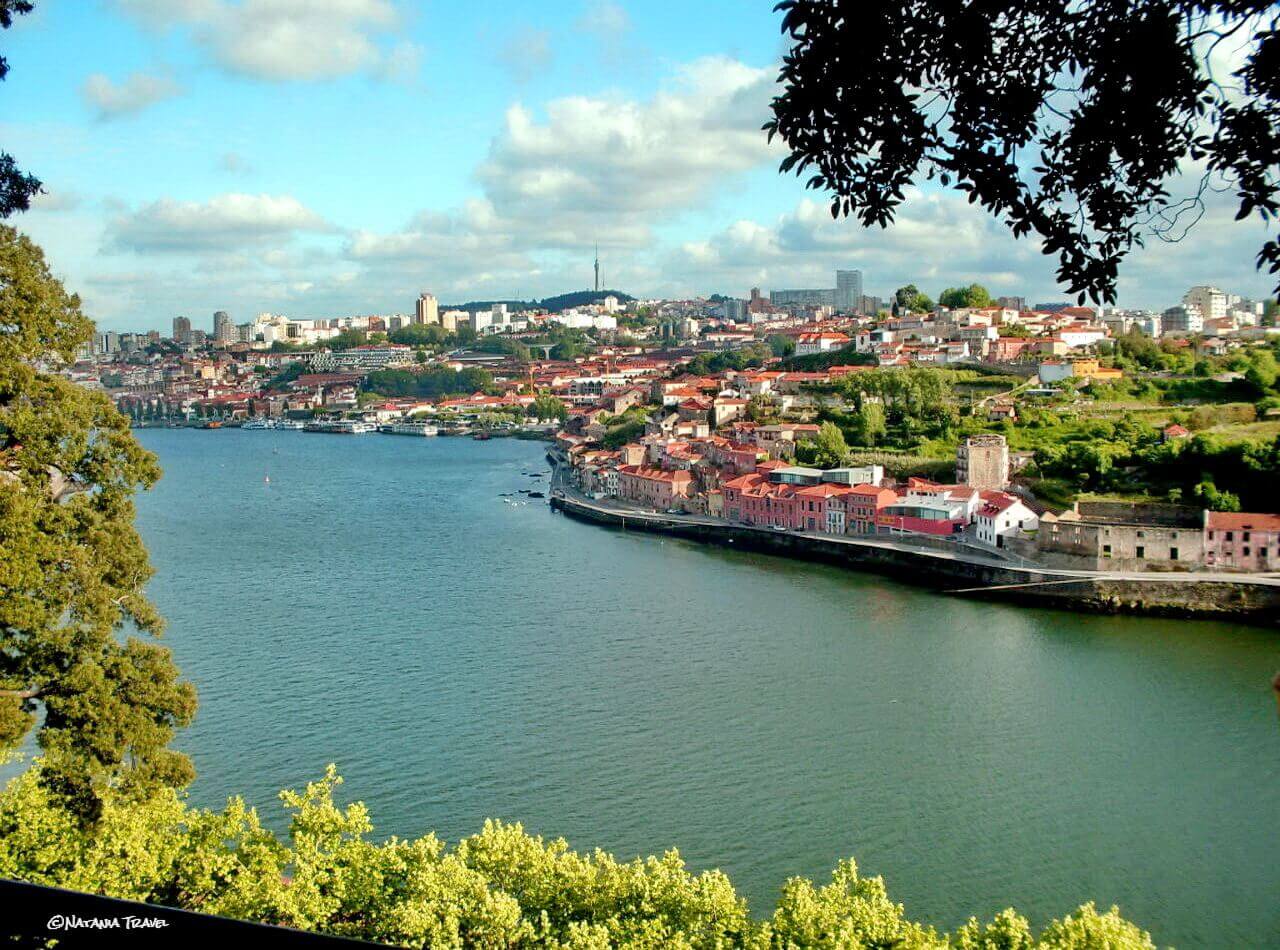 Viana do Castelo and Vinho Verde

Before Porto, the centre of the wine trade was the city of Viana do Castelo, located in Minho province, the northern region of Portugal.
The wine produced in this region is named “Vinho Verde” or green wine. Actually, it is not exactly green wine â€“ it is young, fresh and sparkling wine.

Vinho Verde is aÂ unique wine and it is best to be consumed within a year of bottling.
Because of this, it is not convenient for export and it was especially difficult in the 18th century when England was the primary trading partner of Portugal. So the wine traders began to look for some other wines for the British market. They rediscovered the Douro region and continued to develop it as one of the world’s largest wine-producing regions.

During our Portugal tour, we had an opportunity to visit theÂ Burmester winery.
After crossing the bridge – Ponte Dom Luiz, first you will find the Burmester Port Wine cave. 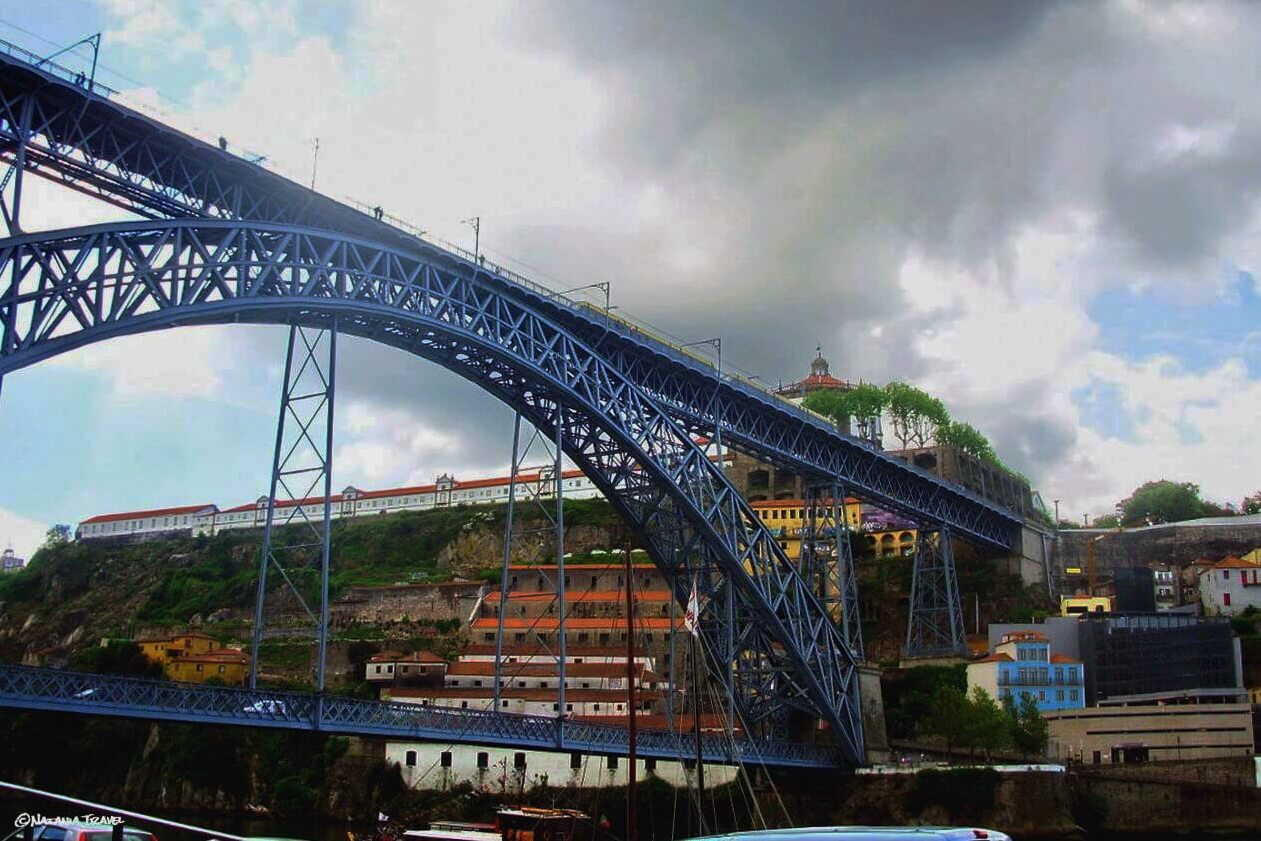 Burmester company was founded in 1730 by Henry Burmester and John Nash in London, as the cereal trading company. They moved to Villa Nova de Gaia in 1750 and began shipping wine to the British and European markets. At the end of the 18th century, the new Port wine company named H.Burmester & Sons was established.

In 2005 TheÂ Sogevinus Group acquired the company, connecting the tradition and the latest technologies and focusing on the production and commercialization of high-quality Port wines and Douro D.O.C. wines (Denomination of Controlled Origin).
Besides Burmester, The Sogevinus Fine Wines offers a diversified range of wines produced in big wine houses, such as CÃ¡lem, Kopke, Barros, and Velhotes.

The Sogevinus Group took part in The Wines Portugal Challenge competition in May 2014 and won 6 medals (two gold and four silver) among 75 national winemakers! Very impressive, isnâ€™t it? 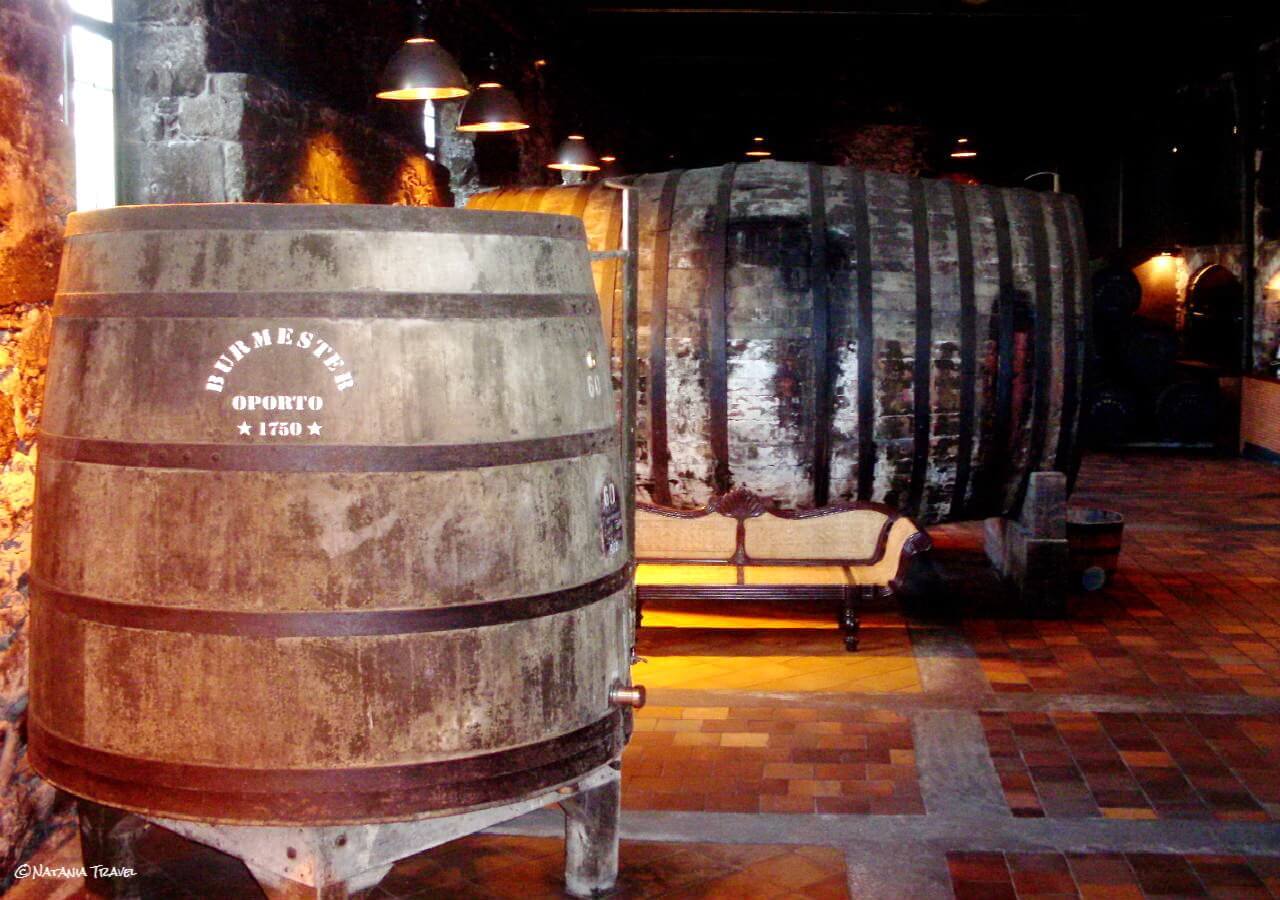 Our wine tour starts with a walk between the big oak barrels. 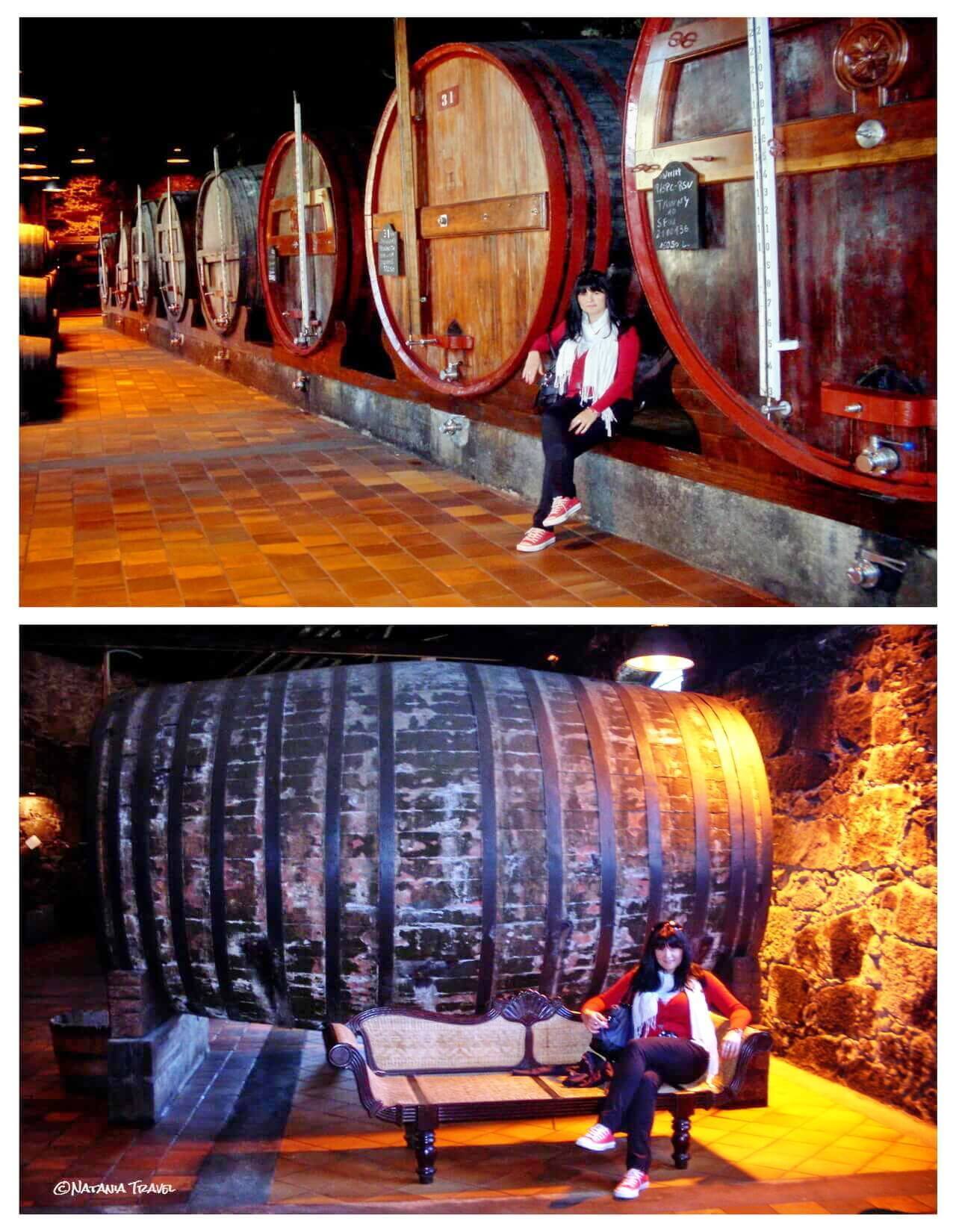 We were listeningÂ to the story about wine and the history of Burmesterâ€™s family.
And of course, we tasted the wines. I guess that is aÂ highlight of each wine tour 🙂

After a long walk along the colourful streets of Porto, a glass of wine was the perfect refreshment.

There is a little shop where you can buy port wines to bring home.
You can choose between the standard range features like Ruby, Tawny, White and Extra Dry White wines. Some of them are aged between five and seven years, but some are aged for ten, twenty or even forty years, like Tawnies wines.
The Burmester wines are made in a traditional and rustic style. Well, the choice is only yours!

You can visit cellars Burmester cellarsÂ from April to October from 10 a.m. to 7 p.m. But from November to March visits are possible by appointment only. 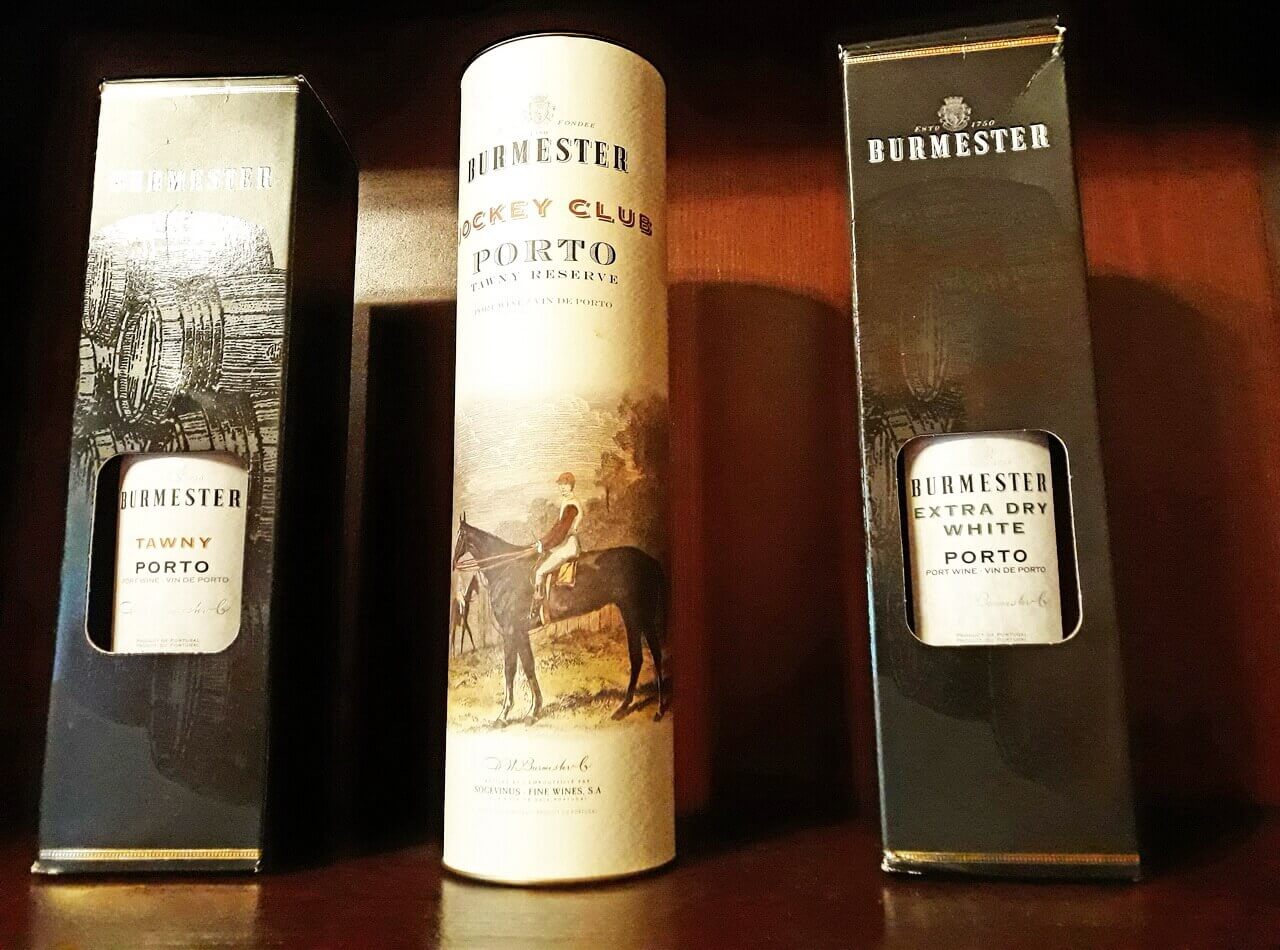 After we finished our wine tour, happy and in a good mood, we continued walking to the amazing Porto.

We enjoyed fresh and salty air on the point where the river Douro flows into the Atlantic Ocean. 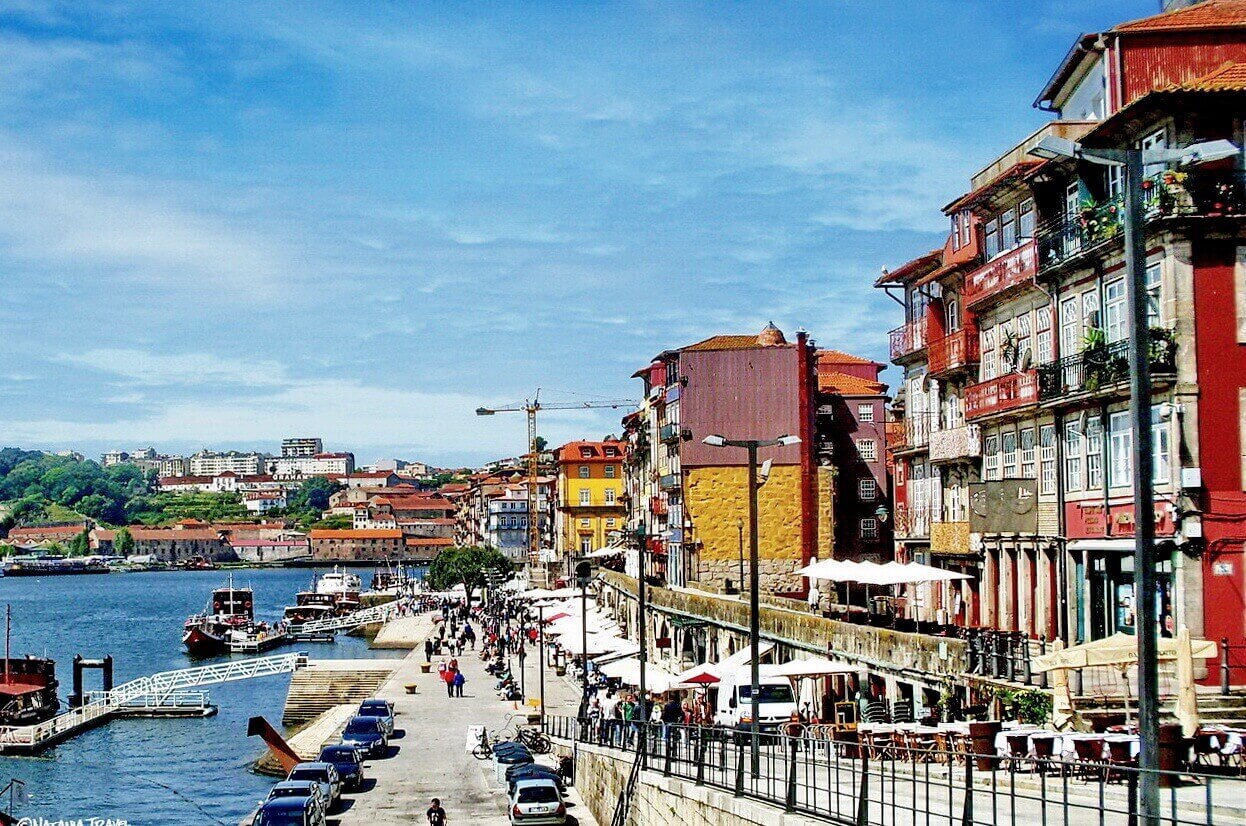